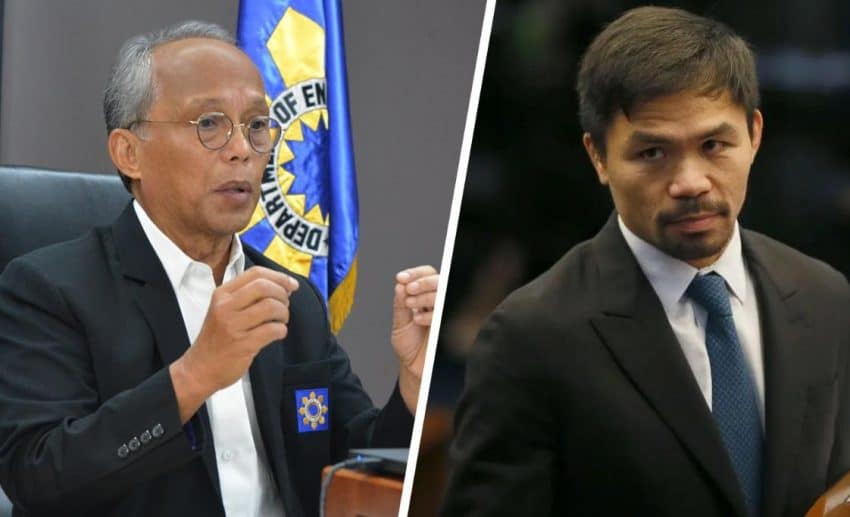 PDP Laban: When Cusi goes cuckoo was published by The Manila Times on 12 January 2022.

One would think that Alfonso Cusi, being the Secretary of the Department of Energy, is a top-notch electrical engineer. He is not. He built a name for himself as a businessman, more specifically a logistics and shipping businessman. Then, lately, he has become busy trying to become a political parasite.

In 2016, when presidential candidate Rodrigo Duterte became chair of the Partido Demokratiko Pilipino-Lakas ng Bayan (PDP Laban) as a matter of convenience, Cusi hopped in, and was designated as vice chair of the party. Before that, the PDP Laban had happily lent Duterte the only vehicle available to him for his electoral ride as substitute candidate. But as soon as he won the presidency, the old vehicle was gone. In its place was a refurbished one, this time pre-loaded with trojans and parasites.

From Cusi’s inconspicuous position, he masterminded the party’s takeover by strange guests and visitors. The hierarchy was now populated by Duterte appointees and diehards. Facilitated by a political culture that herds patrons to where the source of power comes from, the process by which the usurpers devoured the surrogate party was seamless and natural. Politicians in wholesale fashion leaped from over the fence, as it were, to join the now indisputably ruling PDP Laban party.

Although party old guards, such as the late Aquilino “Nene” Pimentel, Jr. questioned the motives of many of those who joined the Duterte-ear PDP Laban, the rest opted to enjoy the rape while the fun lasted.

It took years for party president and Nene’s namesake, Senator Aquilino “Koko” Pimentel III, to resist the decapitation of the party from within. In mid-2020, Koko relinquished his post in favor of Senator Emmanuel “Manny” Pacquiao, a party-mate.

When Cusi and company passed a resolution endorsing the candidacy of Senator Christopher “Bong” Go and President Duterte for president and vice-president, respectively, Koko charged that Cusi was bluffing, concealing the candidacy of real candidates who, he suspected, were not party members.

By July 2021, it was clear that PDP Laban was headed to a break-up. Two rival factions emerged. Cusi and Duterte led one faction; Koko and Pacquiao towed the other. The internal fracas resulted in each one expelling the other.

On September 8, 2021, the Cusi wing of the PDP Laban ratified in a convention the nomination of Bong Go and Rodrigo Duterte as Presidential and Vice-Presidential candidates.

Weeks later, Koko’s wing ratified its own nomination for Pacquiao as presidential candidate.

Meanwhile, the warring factions had since then sought the intervention of the Commission on Elections to rule on who should be rightfully recognized as the true representatives of the party. However, it would be unnatural to expect the Comelec being able to resolve the issue within the lifetimes of petitioners.

The uncertainty of which side the Comelec ruling will favor had forced the nominees to file their respective candidacies under the different political parties: Pacquiao, with Abag Promdi, and Go, who earlier filed his certificate of candidacy (COC) as Vice President, changed his mind and filed his candidacy for president under Pederalismo ng Dugong Dakilang Samahan.

The search for the “Final Answer” had been a comedy for Cusi and company. And he is not done trolling the system yet.

The other day, he petitioned the Comelec to re-open the filing of COCs in the meantime that the poll body is sorting the petitions brought to it earlier. He argued that the disqualification cases filed against the candidacy of Ferdinand “Bongbong” Marcos for president, among other things, as a compelling reason for a reset. He doesn’t seem to mind that the system of substitution, allowing political parties to change COCs a month after the deadline for filing of candidacies, is atrocious enough. If it was a chess game, it seems clear he got nothing from the opening. Now he offers a draw so that another game may commence.

Cusi has turned from parasite, like a cuckoo, to a comedian, like a saling-pusa who knows nothing about the “touch move” rule.
Cuckoo is one of the so-called brood parasite birds. First, cuckoos sneak their eggs into nests of other bird species. This tricks the latter into raising cuckoos’ young. The deception may not stop there. In some cases, when a cuckoo’s egg hatches before the other eggs, that usurper dislodges the “legitimate” eggs out of the nest that in the end it may monopolize the feeding it can get from the “legitimate” parents.

Cusi was not done sneaking eggs into somebody’s nests. He tried to dislodge the legitimate occupants and, failing that, at least for the moment, sues for time, most likely to give himself and his PDP Laban candidates another lease of life. As it now stands, his once mighty party has no standard bearer. Something went wrong and the second-best option at his command may not look enticing just yet.