In this article, I’ll include everything you need to know about Clubhouse, the hot new audio-based social media app everyone’s talking about, and how you can join in on the fun.

Clubhouse labels itself as a “drop-in audio chat” that is based off of the early internet chat rooms of the 2000’s, except instead of messaging, it’s…well, solely audio.

The closest thing I could compare it to is a podcast, but it’s completely in real-time and interactive. You could also think of it as a conference or classroom discussion, but online and without visuals. Either way, it’s unlike anything out there at the moment, and people seem to be loving it.

Users on the app can either create, participate in, or simply listen to discussions and interviews on a variety of topics like venture capital, real estate, tech, philosophy, politics, self-improvement, music, makeup, languages etc. Virtually any topic you can think of will have an audience and group of experts willing to discuss, and if there isn’t yet, there soon will be given the app’s exponential growth in popularity.

According to tech writer Vajresh Balaji, the app has garnered a total of 6 million users as of the first week of February 2021, a significant growth from the 600,000 users registered in December 2020 and mere 1,500 in May 2020. 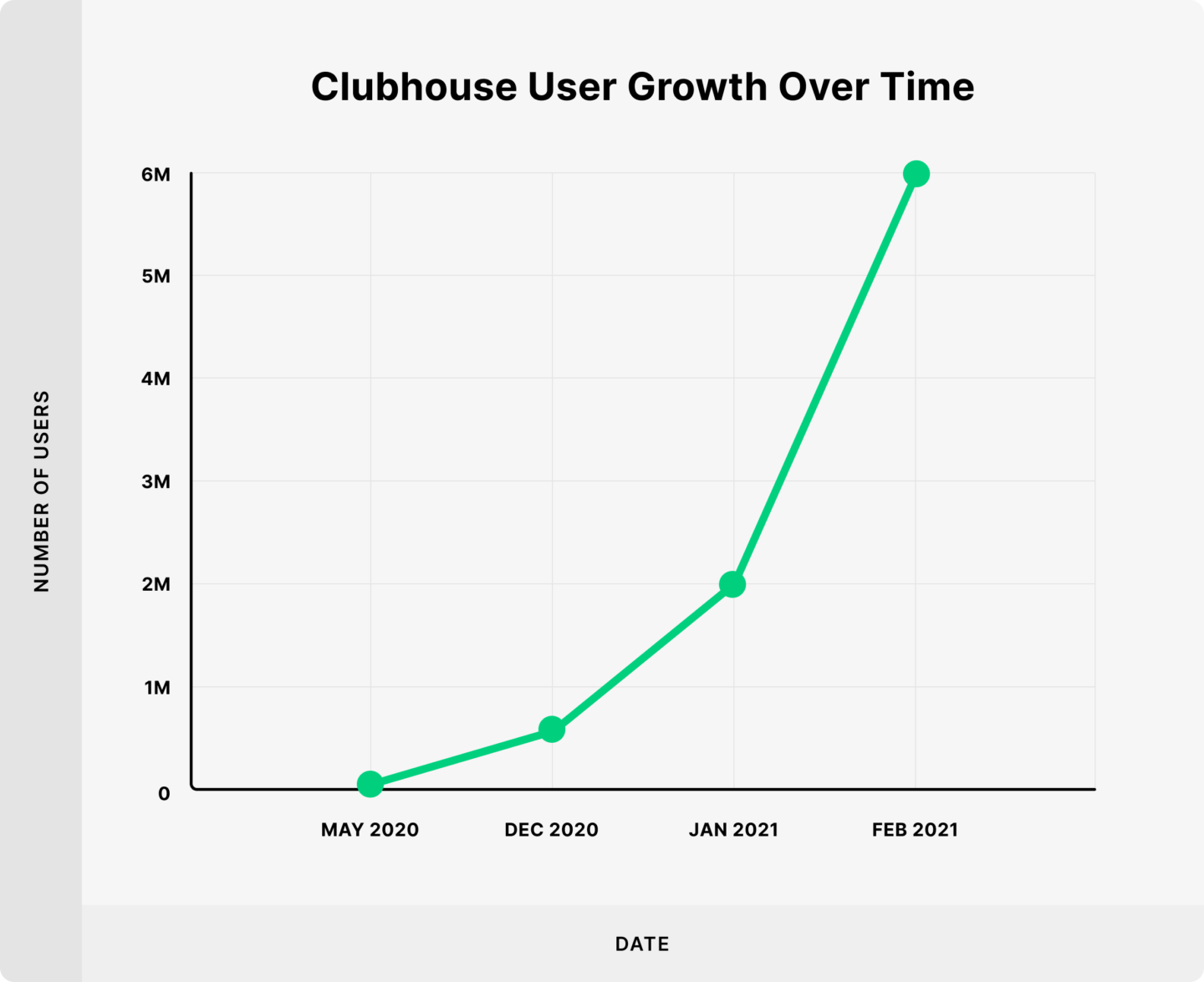 And if this isn’t impressive enough, the app has also placed 5th in the App Store’s “Social Media Network” category and is currently the #1 most downloaded app in countries like Germany, Japan, and Turkey.

Have I gotten your attention yet?

Why all the Hubbub?

There are a ton of factors contributing to the app’s ever-increasing popularity, but these are a few the main ones:

Clubhouse is unique in that the many discussions taking place on the app are only temporary and sometimes unplanned, instilling FOMO (Fear of Missing Out) in a lot of users. After all, who wants to be missing out on valuable information and fun conversations?

Nothing is recorded, so when the conversation ends, it’s gone forever (but be careful because conversations can be recorded outside of the app and the internet is forever).

Also, because there is no video, it’s easy to just hop on when you have an interesting thought and don’t have to go through the process of being camera ready.

Clubhouse has been able to garner backing by major venture capital firms like Andreessen Horowitz, even in its early stages. As of December 2020, the company was valued at $100 million, and in January 2021, it was valued at over $1 billion.

According to Ben Rubin, co-founder of Slashtalk and major investor in the company, “It has all the ingredients to be something sustainable and big.”

Did I mention Elon Musk?

Musk is known to have massive influence on the public, as seen with his history in influencing the cryptocurrency market.

So, it’s not surprising that when Musk conducted an interview on the app on January 31st with Robinhood CEO Vladimir Tenev, the appearance almost broke the internet and the news media had a frenzy. 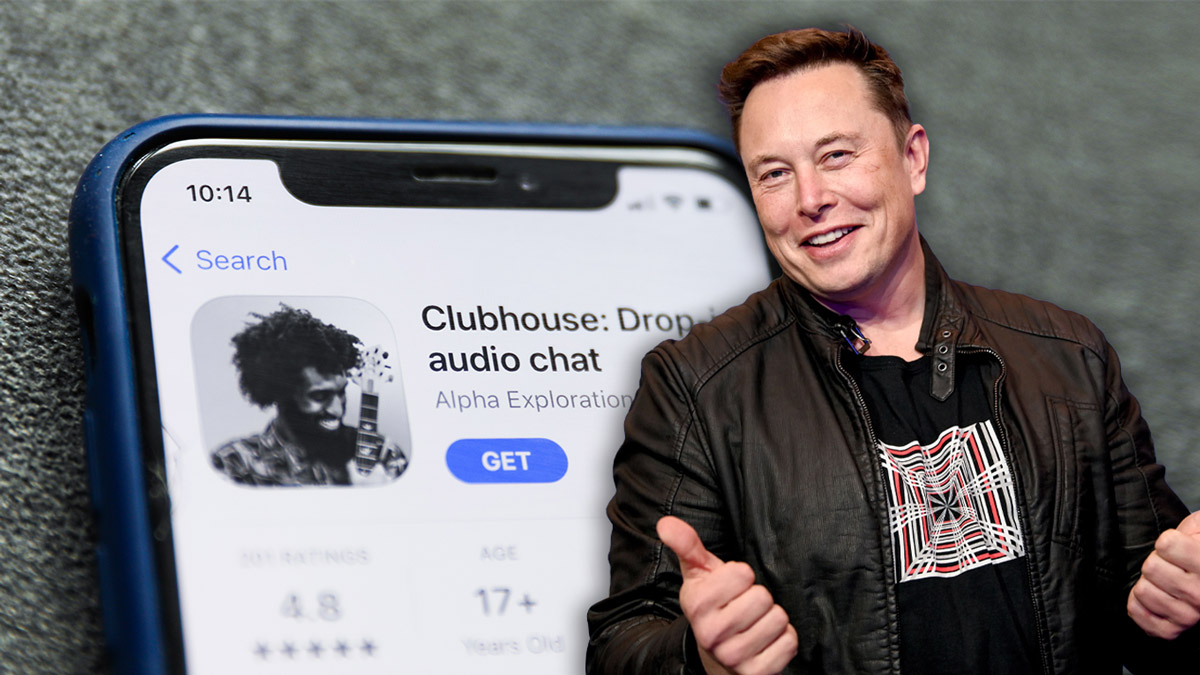 As impressive as this is, Musk isn’t the only person of prominence using Clubhouse.

If you’re looking for a way to connect with some of your favorite celebrities for free and gain insider insight, Clubhouse is the place to be. There are a bunch of prominent CEOs, celebrities, and top industry leaders already on the app. 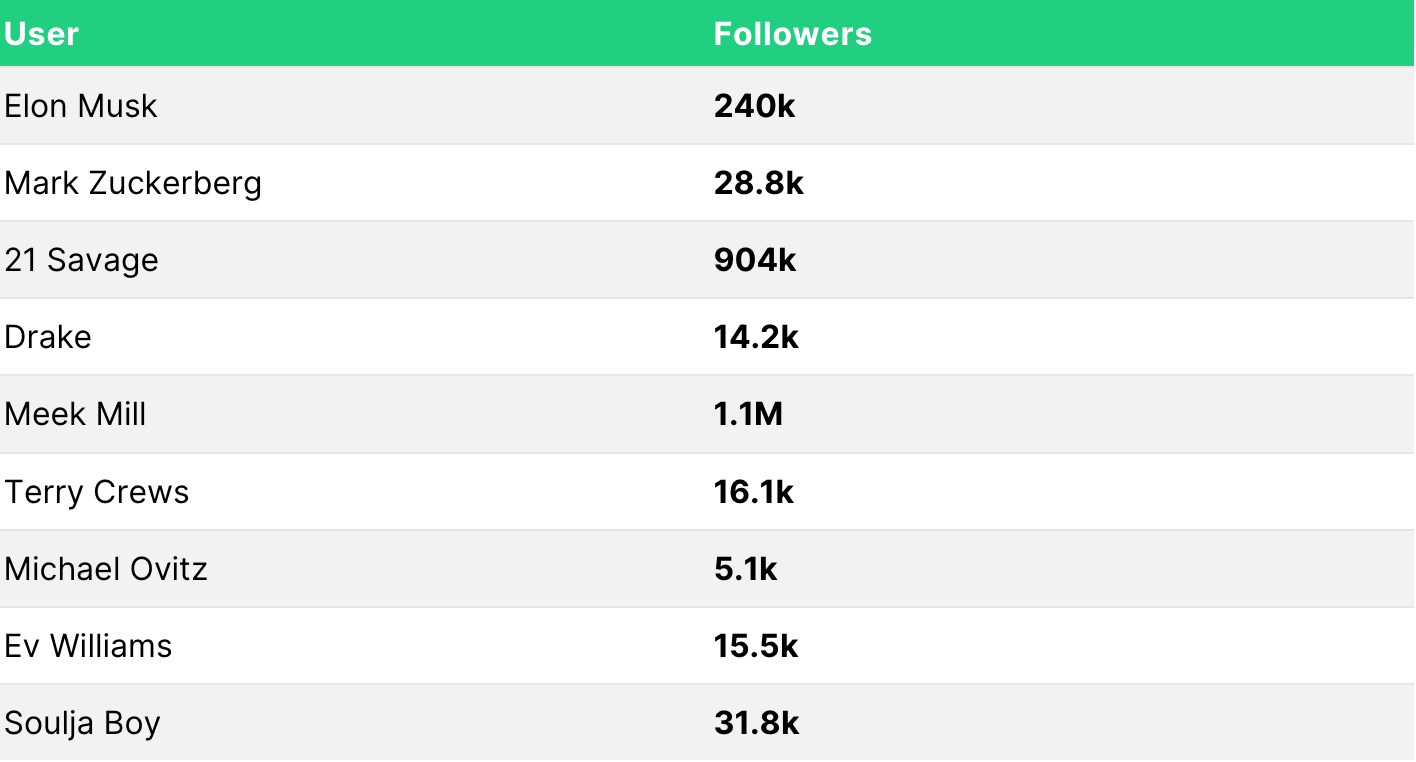 However, if you’re not into celebrities, don’t worry. There are all sorts of other interesting people on the app including industry experts, entrepreneurs, researchers and just other knowledgeable people that you may never be able to connect to otherwise. You can listen in on informational conversation, ask questions, and network to grow your knowledge and even your business.

If you’re just looking to relax and chat with friends and like-minded people with similar interests, you can do that too. You can create groups to catch up with your close-knit buddies, or connect to people in groups about topics that interest you.There’s something you can learn from everyone.

Ashleigh Louise, a notable Clubhouse moderator in the UK, has stated that, “Now what we’re seeing is ordinary people build their following up and now they’re the commodity on Clubhouse.’

How is Clubhouse being marketed?

As of right now (early February 2020) access to Clubhouse is only given on an invite-only basis, meaning that the only way you can access content on the app is if someone who is already on the app sends you an invitation to join.

This approach creates a sense of exclusivity around the app, and feeds into people’s sense of accomplishment if they’re able to get in somehow and be part of the lucky few.

This idea fits in with the “Scarcity” approach, a commonly used marketing technique which is similar to but different from the “Bandwagon” approach. Essentially, a company or brand can use the fear of limited supply to sell more of a product or service.

For example, lets say A Toy Store Co. states that it only has 30 teddy bears left in stock, so you better come get one quickly before your child is left disappointed on Christmas morning. 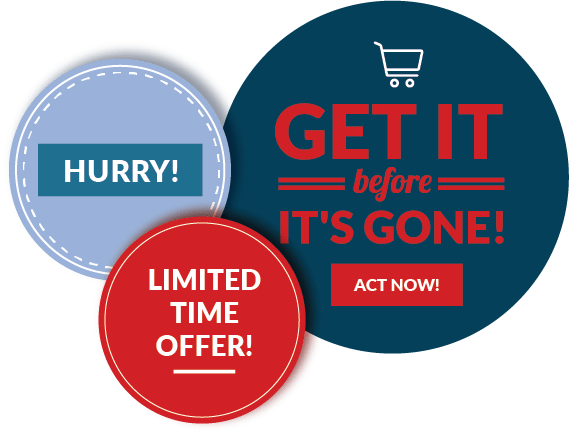 In the case of the Clubhouse app, which doesn’t sell a physical product that can be sold out, the idea of scarcity simply increases the perceived value of the app and gives the illusion of a limited number of accounts, or spots. It’s all psychology-based.

However, the use of these marketing techniques shouldn’t deter you from joining. Most companies and brands use some sort of technique to attract attention and set themselves apart from the competition and clutter. Clubhouse is still a great app with great opportunities.

How to join Clubhouse

If you want to join, the first thing you can do is reach out to a friend or family member who already has an account on the app. They may be nice enough to give you 1 of the 2 invites given to them by the app, or if they’ve already used up their 2 invites, you can wait for them to earn more after spending more time on the app.

The easier approach (and the one I used) is to simply download the app and reserve a spot by creating a username. The app will automatically notify anyone in your phone contacts who already has an account and they can nominate to take you off of the waitlist.

However, many, including myself, speculate that this invite-only access is only temporary. Whether the invitation idea is used to garner attention or simply limit the number of people on the app so as not to cause a crash, the rapidly-growing popularity is sure to make it easier to join as time goes on. The creators may eventually do away with invitations entirely. 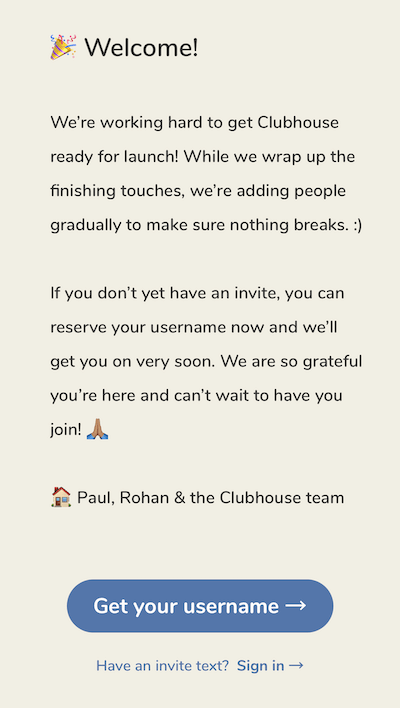 What to expect once you’re in the app

Once that’s done, you can focus on the other aspects of your profile. You can add a profile picture, your name, a bio where you can elaborate on your job, hobbies, city, etc. and links to your instagram, Twitter, or other websites like your company website or blog.

If you’ve ever created an Instagram profile, it’ll be a piece of cake because the profile layouts are almost identical.

Here’s my profile for reference:

Now that your profile’s done, you can start getting into the interesting stuff.

Start following your friends on the app, invite the ones that aren’t on, and follow other users that you’re interested in hearing from and keeping up with. You can do this by clicking on the looking glass in the left hand corner and searching people by name.

There’s also a section titled “Find Conversations About…” that lists popular topics on the app and leads you to popular groups, people, and more detailed topics.

If you already have ideas for groups you want to be a part of, you can directly search for them too.

Join or Create a Room (call)

At this point, you probably want to access all of the amazing content you got on the app for in the first place.

To do this, you’re going to have to head over to the “hallway”, or main page. You can either join a “room”, or call, that is displayed and become a participant in the conversation or an audience member. Participants are allowed to fully participate in conversations, while audience members are mostly there to listen. However, there is also a “raise hand” feature that allows audience members to express the desire to talk and can be given permission by the moderator.

You might be wondering how you can become a moderator, and to do this, you need to create your own room by clicking the “Start Room” button on the bottom of the hallway. Moderators have the duty of choosing the participants, making sure the conversation is going smoothly, and calling on audience members who want to speak.

How is Clubhouse beneficial for marketers?

Hopefully, after reading this article, you’ve been convinced to jump on the Clubhouse train. There are many benefits that can be gained from being active on the app, whether it’s information, fun, relaxation, or networking.

I think marketers can particularly benefit due to purely the number of marketers on the app you can connect with. Not only that, but there are so many opportunities to promote and talk about your business or product.

So what are you waiting for? Become a part of the community!

About the Author: Francheska Rossi is a recent graduate from Emory University and  marketing intern who is actively looking to land her first job in a marketing department or an ad agency.

If you’d like to reach Francheska, you can send her an email at francheska.rossi@emory.edu or connect with her on LinkedIn at www.linkedin.com/in/anna-francheska-rossi