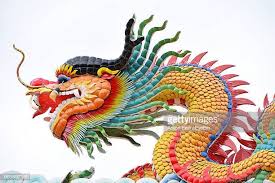 China invading the Philippines? That’s old news. A long, long time ago, even before the Europeans reached our shores, the Chinese were already making fortunes from barter trade with the natives.

These “chinky-eyed” invaders—no need to disclose anything: I am chinky-eyed too—adapted to places wherever their journeys brought them. They assumed local-sounding names, especially for their given names; some either by buying them (some got theirs from cemeteries) or by contraction of words (eg, Cojuangco from co wang co, or Limlingan from lim ling an).

They are so good in business that by 1990, according to a doctoral thesis by Victor Limlingan, former professor of the Asian Institute of Management, 8 of the 10 richest families in the Philippines, Indonesia, Thailand, Singapore, Vietnam and Malaysia consisted of either Chinese nationals or locals of Chinese descent.

Studies show that the most affluent 10 percent of the population controls 90 percent of a country’s wealth, whether that country is rich or poor. Indeed, that ratio is also true for the whole planet.

Money begets money, especially when political power boosts the money-making process. In the Philippines, it is not hard to imagine how economic power had shaped politics and public policy, and how politics had facilitated the rich to become richer. There is a myriad of means by which things get done, either legally or fraudulently, such as funding the candidacy of politicians and collecting dividends later (always a sound investment, especially when pockets are deep enough to support all contenders), allotting budgets for public expenditures that support vested interests (such as infra that multiplies values of real estate or stock investments), or by influencing a judicial process that spares big-time tax evaders or plunderers from prosecution.

The clout of Chinese money—both from the State and from individuals who dominate local business—makes a country with corrupt politicians like the Philippines vulnerable to invasion even without use of military force. As I stated at the outset, however, the entire process of conquest took centuries to gain some traction. If China was a python and the Philippines its prey, strangulation is slow but sure. But when the subject is submissive, powerful paws and jaws are all the predator needs. No need for pretentious display of diplomacy. This is the way of the komodo dragon: getting what one desires by force of stealth and intimidation.

There are many ways of skinning a cat. That old saying did not originate from China, but the relation is apt, not only because the Chinese are known to have a big appetite for exotic foods, but also because of the variety of ways by which its government executes hegemony—from designs of retaking territories like Hongkong and Taiwan, to claiming of almost the entire West Philippine Sea. Other countries like Djibouti, Tajikistan, Sri Lanka and Angola risked having pawned themselves to China for their debt.

China’s imperialist agenda is supported by a long-term vision and a well-grounded strategy. By harnessing economic forces and political power within its sphere of influence, notably among countries within South East Asia, it brings back Mao Zedong’s winning formula: seizing central control from the peripheries.

The Chinese government conducts itself with deliberate patience, as in the case of Hongkong and Taiwan. It waits for the right time and, like the dragon, pounces on its prey only when conditions for the ambush have been established, as in the case of the Philippines.

When the American Senate ratified the Treaty of Paris in 1901, pro-annexation senators argued for keeping the Philippines as US colony so that American companies can tap the huge China market, among other self-serving considerations. The Philippine government started playing the China card during the Marcos era when support for Martial Law by Washington was at risk. The saga of the country’s relations with China continued with an assortment of milestones: such as when the Arroyo government courted controversies when its deals with Chinese firms went through public scrutiny; and the current Duterte administration continues to draw flak for its inability to assert sovereign rights over key areas in West Philippine Sea in accordance with international law and as ruled by the Permanent Court of Arbitration at The Hague, Netherlands, in 2016.

Unlike Spain, Japan and the United States that colonized the Philippines by employing force, China succeeded in getting through the middle of that process by employing money and guile. Its imperialist design is supported by a coherent set of well-grounded ideas; its template is by no means an exact copy of war as the only way of advancing imperialism. This means China’s agenda can be defeated by better ideas.

Coming up next: Stopping the Dragon.