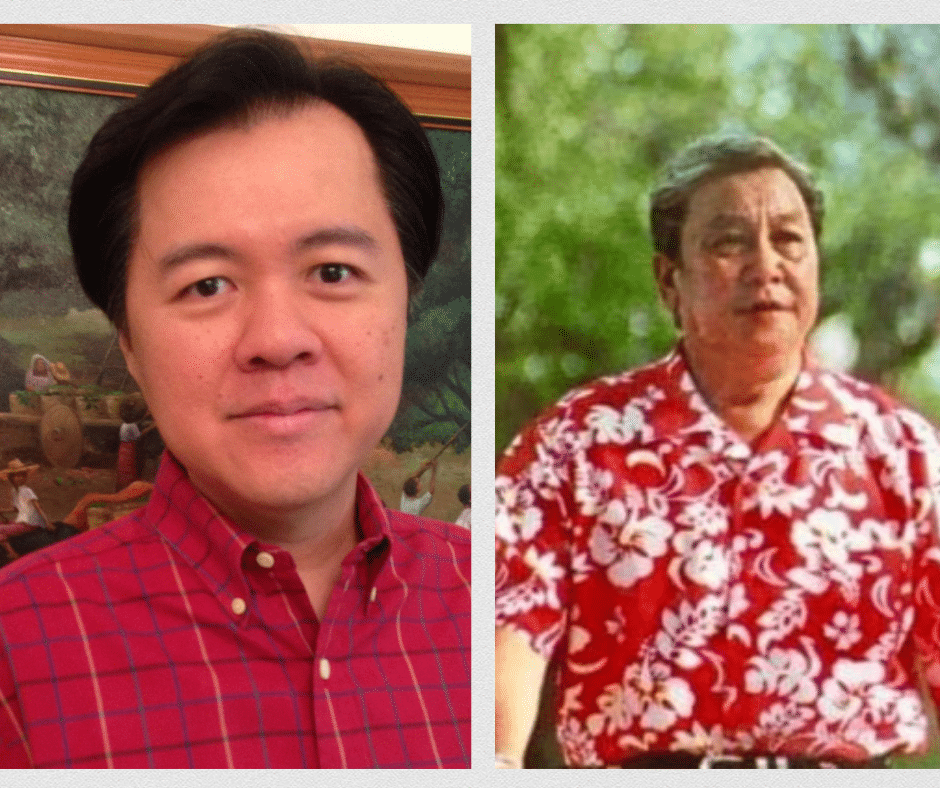 Today’s continuation of “The Choices” series features two more from among the front-running vice-presidential candidates.

Manila Mayor and presidential candidate Isko Moreno had been quoted as saying he was picking medical practitioner Willie Ong as his vice-presidential running mate because the former, in the event he becomes president, would need a physician to oversee the government’s response to the persisting scourge of the COVID pandemic. Why Ong, among thousands of physicians in the country, is of course easy to theorize. Many of today’s politicians are media personalities, and are leveraging whatever celebrity status they may have gained from their media presence to win the popular vote.

In that category belong Isko himself and, to a considerable extent, Willie. Isko used to be a movie star before he conquered the political arena, first in Manila, and now seeking to expand his reach. On the other hand, Willie has built a social media following that he nurtured over the years by offering medical advice online. His Facebook page has 16 million followers; while his YouTube channel has close to 7 million subscribers.

What separates Ong from the rest of media personalities who moonlight as politicians is the social development relevance of his academic training. While others may have prepared themselves for government service by earning a smorgasbord of academic diploma or certificates here and there, he specialized himself in the medical profession before he essayed to diversify his career portfolio.

Aside from earning a medical degree from the University of the Philippines Diliman and the De La Salle Health Science Institute for Medical School, Ong has authored several medical books. One of these books, titled “Medicine Blue Book,” reportedly sold 400,000 copies, making it a best-seller of sorts.

On paper, nobody seems more qualified than Ong among the leading vice-presidential aspirants, except probably Walden Bello. However, his experience on how politics is applied in real life situations is a handicap, if compared to that of Tito Sotto, Kiko Pangilinan, or Lito Atienza. Politics being what many think as the art of compromise is where one’s integrity, courage and character are measured, and at this point Ong has no record yet that will show he is up to the task.

Not a few people join politics as upright individuals, only to end up as crooks. Ong launches his political career with no blemish to his reputation. Whether he ends up with honor or not is up to him. But first he needs to win.
If his Senate run in 2019 could be an indication (he received more than 7 million votes and placed 18th in the final standings), there is a fat chance that voters will once more take notice of his candidacy.

Part of why voters seem to have a hard time picking him as their possible choice for vice president is a confusing record of inconsistencies that riddles his political 201 file.

He has work to do to catch up with the front-running competition. In the latest Social Weather Station pre-poll survey, Atienza trailed Tito Sotto, the leading candidate, by 41 percent.

Voters probably find it hard to see where Atienza stands on key social issues. At the House of Representatives where he is a member as a party-list representative, he has been vocal in support of “pro-life” advocacies. This is indicated by reports saying he proposed defunding the 2013 Reproductive Health Law-related programs, and even the archiving or recall of the law itself. When he was Mayor of Manila (1998-2007), the city’s health facilities did away with family planning programs that promoted contraception.

On the other hand, Atienza is viewed as supportive of the drug war waged by the Duterte administration whose disregard for human rights has been questioned here and abroad. Records have it that he at one time favored defunding the Commission on Human Rights; on separate occasions he expressed support for the re-imposition of the death penalty. We have been told that defending life is the most basic of all human rights. On that account I see Atienza as a bum, given that the drug war has claimed thousands of casualties under questionable circumstances.

Nevertheless, voters who try to be fair to him should know that his redeeming qualities are easy to find. At 80, with at least 4 decades of experience in public service, Atienza should be able to bring to the office of the vice president the skills and stock knowledge of best practices accumulated from his stint as local government executive, legislator (both at the local—he was Vice Mayor of Manila from 1992 to 1998—and national levels), and national government executive (he was Secretary of Environment and Natural Resources from 2007 to 2009).
Also, given that voters are free to rationalize their choices any which way they like, they may find him, unlike some of his competitors whose ancestors have caused more disrepute than honor to the country, worthy of gratitude for what his elders had contributed to nationhood. At least four of his uncles had served as World War II veterans, and one of them did not survive the Bataan Death March.