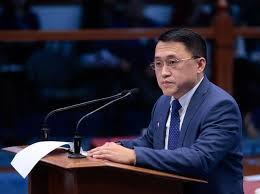 THE coronavirus pandemic has exposed the many faces of poverty, especially in urban areas. It also exposes what seems to be the limited knowledge the government has of poverty. Because of this deficiency, the solutions it proposes to address the problem are also suspect.

News reports, accompanied by video footage, about the urban poor being arrested for staying out of their homes and therefore repeatedly violating enhanced community quarantine (ECQ) rules (mga pasaway, as social media comments put it), have become common. There are reports that go deeper than usual, enabling us to see the squalid subhuman conditions under which many of them live, like families of five compressing themselves inside a 5-cubic-meter room that serves as multipurpose dining, living, kitchen and bedroom facilities. For the well-off, it can be quite surprising that, having been stereotyped as “rowdy squatters,” the breadwinning members of some of these families are government employees like Metro Manila Development Authority enforcers, public school teachers and, yes, government nurses.

Scanning the broader horizon of urban poverty will show even the greater depths of depravity among the needy. There we see that some of them do not even have anything that can be called a home, settling in mobile push carts, others in makeshift floating-in-the-air rooms, with rickety bridges above them and stinking creeks beneath them. In the vicinity of the Senate of the Philippines in Pasay City, we see parked taxis. It turns out that some taxi drivers are homeless. When resting from work, they use the vehicles as their sleeping quarters. They see their families who are living in nearby provinces once a month, bringing home whatever is left of their earnings for the period. The ECQ left them unprepared, trapping them in Pasay and, presumably, in many other places elsewhere.

Like the coronavirus disease 19 (Covid-19), about which many things are still unknown, the complex symptoms of poverty like urban congestion have escaped the keen appreciation of the government. Most likely the reason is that many politicians who make decisions for the lives of many have not experienced the life of being poor themselves. And yet these symptoms are all over the place. They are hard to ignore if one has the stubborn desire to address them.

The idea of the day seems to be the Balik Probinsya Program (Back to the Province Program). This is not novel by any means — having been brushed up in previous administrations that go as far back as the Marcos years. But it merits glowing strokes of stabilo today because the irritating violations of the ECQ have come largely from the ranks of the migrant poor, living in densely populated and rowdy communities.

Initially proposed by Sen. Christoper Lawrence “Bong” Go, the Balik Probinsya pushback provoked the enthusiasm of the rest of officialdom. President Rodrigo Duterte himself has been quoted as saying that, in reference to viability of the proposal, “…some of them might really leave Manila for good…what is really important is we give them hope.”

Trade and Industry Secretary Ramon Lopez suggested that his office could “provide incentives for businesses that will open in the provinces to support government’s Balik Probinsya effort to ease congestion in Metro Manila.”

What we have been hearing on the matter of easing urban congestion are flashes of brilliance. But they are not enough. Otherwise, they are doomed to fail as it did all the time in the past. As before, there seems to be less than comprehensive understanding of poverty.

Even if we succeed in uprooting entire communities now, they are bound to resurface in the future unless key push-and-pull factors are considered and adequately addressed.

Triggers of displacement — or reasons why people leave the countryside to relocate somewhere else — are legion, but the most compelling of them, not necessarily ranked in this order, are: disasters, insurgency and separatism that ignite shooting wars, lack of access to basic services, and disappearing means of livelihood (example would be rice-producing farmers who are reported to have abandoned their farms due to sagging prices of palay or unmilled rice). Each push factor has complex underlying causes, requiring keen understanding to resolve them.

The Lopez proposal addresses many interlinked problems. But in order to make small businesses really profitable and therefore stay in the provinces — more importantly, one that positively impacts on the lives of the poor such as farmers — will require more than incentives. Government must look at the entire supply and demand chains because local businesses depend on consumption capacity that can only be sustained if majority of population have a means of livelihood.

The pull factors are likewise complex and many. Offhand, we can say that to a large extent Build, Build, Build program is one of the culprits. People flock to Metro Manila to offer labor in construction work because most of these infrastructure projects are found in the city. One of the most distressing footage one can see today involves construction workers who, having been deprived of wages because construction work is suspended, can neither send their earnings to their families in the provinces nor support their own individual daily needs.

Shifting focus of infrastructure investments from big cities to poor rural areas is a difficult decision for a government that is beholden to entities that have interests in urban real estate development projects. Investing in rural infrastructure will take away money-making opportunities from them.

That could also explain why, despite having full control over this kind of public investment, the government has not dispersed its offices to the countryside. Many of our poor do not seek government subsidy, but they get ahead in life through hard work and by risking their lives in overseas employment. Some Metro Manila “squatters” are in fact hosts to transients: those who are processing papers for overseas work. They are where they are because government offices that sign their papers are located in Metro Manila.

The Balik Probinsya Program can make itself more promising as soon as we see government offices being relocated to the countryside, starting in the poorest provinces. This is not so much for functionality because Covid-19 has pushed organizations to adapt to teleworking, but for providing spark for more investments in those areas. Malls, hotels, schools and all kinds of micro, medium and small enterprises gravitate to where there is buying traffic. They generate local jobs. Livelihood opportunities multiply.

The pull factors are often the solutions to the push factors. In most cases, livelihood opportunities drive the biggest number of migrants. Fringe cities that have achieved a market base that is enough even for sidewalk barbecue vendor to make a living, flatten the migration curve at the national level. When this happens in rural areas, it can indicate that there is no more need for Balik Probinsya of whatever kind.