White Castle has a thing for hijacking holiday staples. This Thanksgiving, the fast-food chain played up its classic stuffing recipe, which was first born in 1991 when, allegedly, a woman “accidentally” stuffed her bird with a pack of sliders.

But disrupting Thanksgiving dinner wasn’t enough, so White Castle is back for Christmas. In ‘Twas the Night Before Craveness, viewers witness a more emotional side of narrator, actor and apparent mini burger enthusiast Richard Dreyfuss, who gets pretty choked up while reading words like, “The counters were clean and the people were home, but one single slider was left all alone.”

For every view of the campaign, White Castle has pledged to donate $1 (up to $25,000) to the National Restaurant Education Foundation. Fans are also encouraged to donate through a PayPal link in the video’s description.

“When I learned White Castle was doing something to help restaurant workers across the country, I wanted to be part of it,” said Dreyfuss in a statement. “The restaurant industry has been hit especially hard by the Covid-19 pandemic, and working with White Castle on this project is one way I can help some of the people who have experienced significant hardship this year.”

A slider-themed Christmas may be exactly what the people want—or at least Aubrey the Elf, who is wanted for hacking into White Castle’s Twitter account and demanding that a restaurant opens in the North Pole.

America’s first hamburger chain has committed to helping essential workers throughout the pandemic, offering teacher discounts during back-to-school season. The chain also kept health and safety top of mind when it hired a new fry guy, Flippy the Robot, to reduce human contact with food during the cooking process.

White Castle hasn’t suffered the same fate of shutting down as hundreds of thousands of restaurants across the country, so the chain is committed to helping those who haven’t been so lucky, according to vice president Jamie Richardson. Burger King has also set aside its beef with fast-food rivals this year, swapping its typically competitive marketing style for a campaign that encouraged European customers to support other eateries.

“We know other restaurants aren’t able to open and, consequently, thousands of restaurant employees have lost their jobs and suffered financially,” said Richardson in a statement. “We want to do what we can to help.” 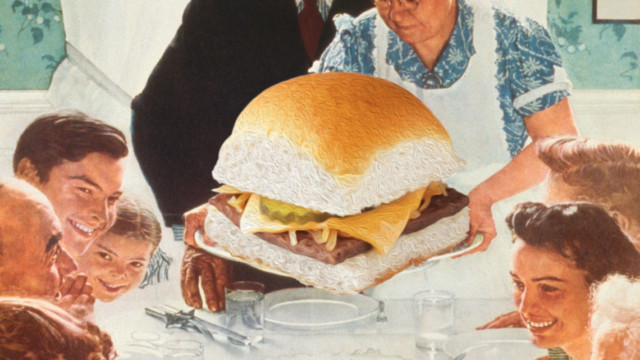 Emmy is an Adweek contributor who is completing her journalism degree at The College of New Jersey with minors in Spanish and broadcast journalism.