PPP Ideas for LGUs was published by The Manila Times on 10 August 2022.

President Ferdinand Marcos Jr. has advised local government units (LGUs) to engage the private sector for possible funding of their investments, such as for infrastructures, through public-private partnerships (PPPs). I wish to introduce here unsolicited ideas that can be developed further into PPP projects, for anyone’s consideration, that is, especially those who have the authority and means to carry out PPPs.

The PPP route has become fashionable for many developing countries, especially those who struggle to collect enough funds for their public goods and services investments. Through PPPs, private funds come in; they free up government funds for other much-needed expenditures. In certain cases, private firms are quick to propose PPP agreements with government when opportunities to profit from them are hard to ignore.
Governments can sweeten PPP deals and make them more enticing for private firms, such as providing guarantees (where government assumes contingent liabilities in case the private firm defaults on its debts with which it funded the PPP project), or by creating conditions that make a PPP some kind of a commercial monopoly (as in the case of the Paraῆaque Integrated Terminal Exchange, or PITEX).

In some instances when access to PPP goods or services entails costs that price out the lower segments of the population (such as skyways), some PPPs can be seen as serving private interests more than public welfare (hence the “private gain, public pain” rant). There is also argument for comparing, from a whole-of-society perspective, the costs and benefits over a period of, say, 25 years, between two similar projects, one funded by PPP and the other funded by a government debt.

Overall, however, the Philippines (according to an Asian Development Bank paper) is known as having a relatively robust enabling legal framework (Republic Act No. 6957, the Build, Operate and Transfer Law of 2012, and its amendment, Republic Act No. 7718), and implementing structures such as the PPP Center, for PPPs.

The PPP Center defines PPP as a contractual agreement between the Government and a private firm targeted towards financing, designing, implementing, and operating infrastructure facilities and services that were traditionally provided by the public sector.

There can be many forms of PPPs in terms of modalities and scope, for example. In the Philippines, the PPP Center identifies two basic forms of PPP. One is called availability PPP, the other is called a concession-based PPP. The Center says “they are distinguished from each other on the roles the partners assume.”

In availability PPP, government “contracts with a private sector entity to provide a public good, service or product at a constant capacity to the implementing agency for a given fee (capacity fee) and a separate charge for usage of the public good, product or service (usage fee). Fees or tariffs are regulated by contract to provide for recovery of debt service, fixed costs of operation and a return on equity.”

In a concession PPP, “the government grants the private sector the right to build, operate and charge public users of the public good, infrastructure or service, a fee or tariff which is regulated by public regulators and the concession contract. Tariffs are structured to provide for recovery of debt service, fixed costs of operation, and return on equity.”

The Local Government Code identifies several sectors in which PPP projects can be adopted, such as: Agriculture and Fisheries, Commercial and Industrial Development, Education, Government buildings and operations centers, Forestry, Health, Housing, Information and Communication Technology (ICT) Systems and Facilities, Land Use, Roads and Bridges, Social Welfare, Transportation, Water and Sanitation.
On government buildings and operations center, I suggest that LGUs develop through PPPs some of their real estate properties as host for the relocation of central offices of government agencies that are presently located in from Metro Manila. The host LGU may need to make it easy for central personnel to relocate, such as by offering free unlimited WIFI, free housing for at least 25 years, etc. The multipliers and positive externalities that such an investment can bring to the local economy promise to be almost boundless, while helping somehow decongest human and vehicular traffic in Metro Manila. Thus, the national government would have vested interests in such a prospect. Public policy should deem it compelling enough for a presidential edict to be issued, directing the dispersal of government offices to the countryside.

Initial preferences for location should suggest that the mandate of each office should fit to specific leverages offered by an LGU. For the Department of Tourism, for example, prime locations should include Palawan or Bohol. For the Department of Environment and Natural Resources, I would recommend my home province, Eastern Samar. Here, one can still see vibrant canopies; the better for our DENR people to appreciate the rewards of being able to protect the environment. For the Commission on Elections, any site beside a body of water should be appropriate, so that it can dive itself into it whenever a fire alarm rings out from any of its data centers.

There can be social costs, of course, as red districts can be expected to proliferate with the influx of migrants. Offices like the Department of Public Works and Highways, Bureau of Internal Revenue, Bureau of Customs, Department of Health, Bureau of Immigration, and the Department of Agriculture, among many others, as suggested by a 2021 Presidential Anti-Corruption Commission report, would bring in enough spoils to the countryside that, although foreseen as able to lift the local economy to new levels of activity, may also encourage new lifestyles. 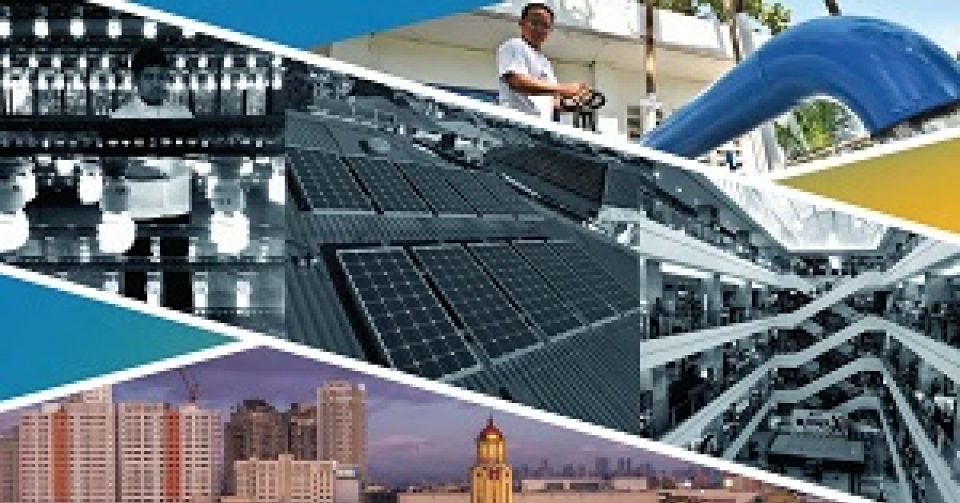 PPP Ideas for LGUs was published by The Manila Times on 17 August 2022.

Today, I shall continue to brainstorm for investment opportunities that local government units (LGUs) may consider for external funding through public-private partnerships (PPPs).

For highly urbanized LGUs that own idle lands, or those that have acquired assets through forfeiture and/or land banking, they can develop some of their real estate properties into master planned townships. Aside from housing, these townships would have complete facilities that will link them to commercial supply and distribution chains to boost viability of livelihood and economic activities that locators in the area need. These townships can host communities or households that live in environmentally critical areas—such as erosion- and flood-prone areas, coastal areas, no-build zones, etc.—and need to be relocated.

LGUs with robust land use plans and zoning ordinances can better identify the areas in which such townships can be located, as well as the civil society organizations/people’s organizations with whom they must collaborate to promote participatory planning, implementation, monitoring and, later, for operation and maintenance. This way, PPPs can also stand for public-private-people partnerships.

The private partner can recoup its initial investments from LGU subsidies (like annual rental payments) and eventually generate profits from the commercial hubs that it can put up in the master planned community. LGUs may also need to mobilize resources domestically—such as by imposing local taxes on mining companies that operate in their areas—so that it can subsidize household beneficiaries to enhance affordability of housing facilities and mitigate risks that these facilities would end up being captured by better-off segments of their constituencies.

If multinationals are attracted to cheap labor and low-tax regimes, why not convert portions of sprawling properties inside penal or prison facilities (eg, Davao, Palawan, or Abuyog, Leyte) into industrial or export processing zones? The inmates can easily supply almost-free labor for basic assembly-line production processes that do not require skilled labor.

Also related to last week’s suggestion for dispersal of government offices from Metro Manila to the countryside, the national penitentiary in Muntinlupa and the overcrowded city jails not only in Metro Manila but also in other highly urbanized cities can be relocated to provincial LGUs that, through PPPs or as a domestically financed project, can convert their own lands, or islands, that are big enough to house an Alcatraz-like facility. (Offhand, Batanes or Tawi-tawi should easily emerge as ideal locations.) Prospective LGU hosts can outsource service providers (such as private security companies) to operate and maintain these prison hubs.

“Exporting” LGUs (we recall that Great Britain had shipped its convicts to Australia in 1788-1868) will have to pay tenant rentals to host LGUs with which these LGUs should then profit heftily from their investment. For renting jail facilities somewhere else, LGUs that ship their prisoners away will no longer have the need to spend for overhead costs that operating city jails entails.

So that constitutional rights of inmates would remain protected, host LGUs should provide court facilities for judges who would hear cases of non-convicts, as well as virtual conferencing facilities for witnesses who would be hard-pressed to physically attend court hearings. In addition, inmates should have free access to WIFI so that inmates can make video calls with their family members at a schedule which jail management should prescribe.

LGUs can add value to what the Philippine Retirement Authority offers by building specialty facilities for the elderly, including those that require medical care for dementia, Alzheimer’s and other physical ailments caused by wear and tear. Filipinos excel in caregiving (a competitive advantage) largely because of our culture: respect for elders and moorings from extended families.

The local and domestic market is simply too big (and growing by the day) to be ignored. Just the other day, the Philippine Statistics Authority reported that the percentage of elderly population has risen to 8.5 percent in 2020 from 5.9 percent in 2000.

Global data is even more emphatic. Estimates show that, in 25 years, almost one-third of the population of the United States, Japan and most European countries would be nearing retirement age. Unlike the Philippines, the ties that bind families in these countries are not as “strong,” where elders are often left to fend for themselves. These elders, one may further note, are not “freeloaders,” thus boosting the financial viability of such investments.

LGUs can outsource people’s organization for construction of small-scale infrastructures or operation and maintenance of provincial and municipal roads.

LGUs, in partnership with the private sector, can also “subcontract” from the Department of Public Works and Highways or the Department of Transportation for their infrastructure projects, or Department of Social Welfare and Development its disaster relief operations on a bill-me-later basis.

Government personnel, except probably those who have military or police training, are hardly known for their skills in logistics management. This is indicated by rotting relief goods (in the case of DSWD) and expired drugs or vaccines (in the case of the Department of Health). All other things being equal, LGUs are in a better position to respond more effectively to disaster relief needs due to their proximity to affected areas.

In conclusion, LGUs do have many opportunities to innovate on their service delivery systems by investing in projects that are outside of their usual development portfolio. Aside from PPPs, LGUs can fund their projects through LGU bonds, or by accessing banks or multi-lateral agencies that offer specialized financing for development projects.

From the perspective of LGUs, PPPs can also mean partnerships with community and people’s organizations.