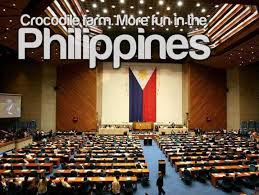 DEVELOPED by Project RAND (of Rand Corp.) in the 1950s, the Delphi Method is a management tool originally designed “to forecast the impact of technology on warfare. The method entails a group of experts who anonymously reply to questionnaires and subsequently receive feedback in the form of a statistical representation of the ‘group response,’ after which the process repeats itself. The goal is to reduce the range of responses and arrive at something closer to expert consensus.” The method’s framework “is based on the assumption that group judgments are more valid than individual judgments.”

The onset of the Cold War in the 1940s prompted the United States Army to plot the “probability, frequency and intensity of possible enemy attacks.” They knew that the “traditional forecasting tools, such as the theoretical approach, quantitative models or trend extrapolation,” were not enough “in areas where precise scientific laws have not been established yet.” This was how Project RAND came into being.

The standard Delphi requires inputs from a panel of experts who will be asked to present their views on a particular topic or issue. Participants usually remain anonymous. According to Heiko von der Gracht in Consensus Measurement in Delphi Studies — Review and Implications for Future Quality Assurance (2001), “This prevents the authority, personality or reputation of some participants from dominating others in the process. Arguably, it also frees participants [to some extent] from their personal biases, minimizes the ‘bandwagon effect’ or ‘halo effect,’ allows free expression of opinions, encourages open critique and facilitates admission of errors when revising earlier judgments.

“The initial contributions from the experts are collected in the form of answers to questionnaires and their comments to these answers. The panel director controls the interactions among the participants by processing the information and filtering out irrelevant content. This avoids the negative effects of face-to-face panel discussions and solves the usual problems of group dynamics.

“The Delphi Method allows participants to comment on the responses of others, the progress of the panel as a whole, and to revise their own opinions in real time.

“The person coordinating the Delphi method is usually known as a facilitator or leader, and facilitates the responses of their panel of experts, who are selected for a reason, usually that they hold knowledge on an opinion or view. The facilitator sends out questionnaires, surveys etc. and if the panel of experts accept, they follow instructions and present their views. Responses are collected and analyzed, then common and conflicting viewpoints are identified. If consensus is not reached, the process continues through thesis and antithesis, to gradually work towards synthesis, and building consensus.

“During the past decades, facilitators have used many different measures and thresholds to measure the degree of consensus or dissent.”

The Delphi Method has been used ever since, even long after the Cold War has ended. Along the way, it has also undergone various modifications and reformulations. Aside from being a forecasting tool (at the start, the Delphi method was associated with the terms “Oracle of Delphi”), the method branched itself into several fields.

In 1975, Linstone and Turoff noted that “there are three distinctly different types of Delphi: classical or traditional, decision-making and policy. While most Delphi methodologists use some variation of the traditional type to answer their research questions, the policy Delphi technique can produce more robust data when appropriately implemented. In other words, a policy Delphi has the ability to produce a “‘rich, meaty, stimulating body of opinion…’ This is especially true when seeking the impact of past changes in policy.”

In all cases, the method applies the process of iteration as the means by which consensus building is facilitated. Example: the number of opinions/comments/answers to a policy question or issue is ranked 1 to n. Round 1 of iteration results in Opinion Numbers (ONs) 3, 10 and 11 being ranked as the three leading opinions or answers. In round 2, after more inputs from experts and non-experts have gained traction, ONs 11, 3 and 5 take the lead. In round 3, ONs 5, 3 and 11 maintain the lead. In Round 4, ON 5 remains on top. It can be said that ON 5 has established consensus, and the Delphi process can be concluded at that point.

Consensus is important, especially in cases where an issue threatens to divide a nation. Close to home, an example would be the quo warranto petition against the continued operation of ABS-CBN Corp. at the Supreme Court, or the review of military alliance treaties with the US at the Senate. A split or majority Supreme Court decision, whether for or against the petition, will hardly settle the contentious issues nor pacify its agitated publics. But a 24-0 decision, indicating consensus, should significantly calm tensions down.

As a public policy tool (the method became handy in breaking down issues related to the economy, health and education, among other key public sector domains), Martin Hilbert, et al., reported in Foresight tools for participative policy making in inter-governmental processes in developing countries: Lessons learned from the eLAC Policy Priorities Delphi (2009) that the “Delphi method has also been used as a tool to implement multi-stakeholder approaches for participative policy-making in developing countries. The governments of Latin America and the Caribbean have successfully used the Delphi method as an open-ended public-private sector approach to identify the most urgent challenges for their regional ICT (information and communications technology)-for-development eLAC Action Plans. As a result, governments have widely acknowledged the value of collective intelligence from civil society, academic and private sector participants of the Delphi, especially in a field of rapid change, such as technology policies.”

Methodological innovations in public policy making that applies the Delphi technique included increase in sophistication in terms of measuring panel evaluations (such as multidimensional scaling) and use of computer-based (and later web-based) Delphi conferences. Turoff and Hiltz said “in computer-based Delphis, the iteration structure used in the paper Delphis, which is divided into three or more discrete rounds, can be replaced by a process of continuous [roundless] interaction, enabling panelists to change their evaluations at any time; the statistical group response can be updated in real time, and shown whenever a panelist provides a new evaluation.”

Maurizio Bolognini, in Electronic Democracy: Delphi Method and Public Policy-Making (2001), introduced the ideas of a web-based communication structure, and the involvement of a large number of participants.

There’s a small detail that needs to be pointed out in the constitutional amendment that shall establish the People’s Congress as a replacement for the present bicameral Congress. Article 2, Section 2, of the present Constitution states that “the Philippines is a democratic and republican State. Sovereignty resides in the people and all government authority emanates from them.” The People’s Congress shall, in effect, make the Philippines veer away from being a republican (defined here as representational form of government) state, because the people will no longer be represented by somebody else but by themselves. Its laws will no longer be called republic acts, but people’s acts.