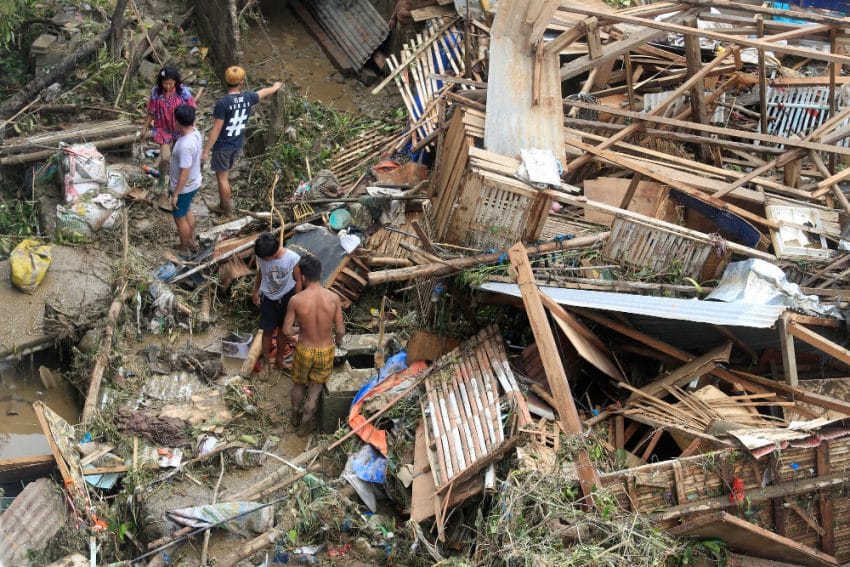 Let it not be said that occasions for such drills had been few and far between. The Philippines, according to a 2013 Time Magazine article, is the most storm-exposed country on earth. Weather bureau PAGASA says tropical cyclones hit the country at least 20 times a year, with 10 of them expected to be categorized as typhoons, and 5 having the potential to be destructive ones.

Local communities and their duty bearers, especially government, should have been amply informed with knowledge and skills, as well as equipped with resources, to prepare for disasters when the Disaster Risk Reduction and Management Act took effect in 2010.

Three years later in 2013, Super Typhoon Yolanda, which claimed the lives of thousands of Filipinos, exposed our lack in overall capacity for preparedness, emergency response, and even recovery.

If there was anything good that came out of the tragedy, that would be the wealth of lessons that ached to be learned for managing preparedness and response in future calamities.

Six days ago, Typhoon Odette barreled through the central regions of the country and left a trail of devastation at such a scale that once more raises doubts on how well we have learned the painful lessons of the past.

The latest count (as of noontime yesterday), citing sources from the Philippine National Police, puts the total number of Typhoon Odette casualties at 375. Hundreds more are still missing. Hardest hit are the Central Visayas and Northern Mindanao regions.

In the Central Visayas provinces of Bohol, the Negros provinces and Cebu, 288 deaths have been reported. In Dinagat Islands where the first landfall of the typhoon occurred, at least 14 deaths have been reported; many of the residents who have yet to recover from the shock of looking at the homes and properties leveled to the ground, are in urgent need of food and drinking water, among other necessities.

How the casualties perished is itself a study of accidents that could have been prevented. In Cebu, news reports mentioned that “most of the fatalities recorded were due to fallen debris, particularly concrete blocks from collapsed houses or metal roofs. There were others who died due to hypothermia after being exposed to cold and damp weather for hours when Odette wiped out their respective shelters.”
In the island province of Guimaras, two were reported to have been pinned to their death by falling trees.

Clearly these deaths could have been avoided had there been a serious effort to heed the lessons of Yolanda. These lessons included the identification of evacuation centers, ensuring that people in high-risk areas are evacuated, and the adequate provision of survival food and non-food items in these facilities. Equally important is the availability and access to data that show, among other things, the number of people in high-risk areas and the capacity of each evacuation center in a barangay.

Last year, low levels of preparedness had been exposed by a magnitude 6.6 earthquake that hit Masbate. In that disaster, “some 3,000 displaced residents of the municipality of Cataingan were cramped into schools as the LGU’s existing evacuation facilities.”

Covid 19 protocols compounded the spatial constraints that created hellish conditions for the victims and hounded the local governments in their mitigation efforts.

There is a bill pending in Congress that makes it mandatory for government to put up an evacuation center in each barangay throughout the country. After Yolanda and the series of calamities that hit the country after that, it is hard to understand why it has taken our legislators this long to just even think about the need for this proposal.

To be effective, such centers must meet design and operating standards which, due to corruption, is always a challenge whenever government projects are involved. Furthermore, a network of evacuation centers within a cluster must be complemented by a robust database (number of affected populations, capacity, standard facilities, location, and susceptibility to hazards, etc.) to facilitate better coordination among responders.

In the meantime, the simple and culture-sensitive practice of engaging community members who own weather-built houses as host of neighbor-evacuees has been proven to work in many areas. We can only speculate as to how many lives (especially those who suffered from hypothermia), could have been saved if only we had been true to our instincts.

After 21 years of implementing the Disaster Risk Reduction and Management Law and after 18 years of coming to grips with the grim Yolanda lessons, we found the Barangay DRRM Plans, among other basic preparedness tools prescribed by law, wanting. We failed the latest test.