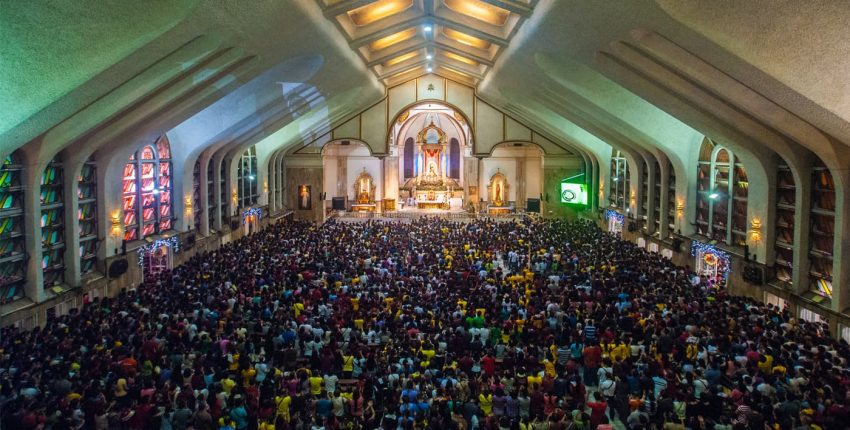 Yago’s dream of a chance encounter with his family turned to a replay of a nightmare that happened two years ago. He saw Gidaben’s cohorts at the opposite end of Plaza Miranda, towards Paterno Street. He discreetly studied their agitation and was convinced they were moving in his direction.

Then he heard one of them drum-rolling his companions in a loud voice.
“There he is. Our 5-million-reward… for this kidnapper!”
“Break his bones but catch him alive!” chanted another.
Yago remembered that exactly two years ago their gangmate Gidaben pointed an accusing finger at him and his Bodabil friends that led to their arrest and eventually the murder of three of them. He felt lucky then to have survived the treachery. Being in prison was rank injustice to him, the only consolation he could offer himself was the thought that he was safe from the same killers that ended the life of his friends, hunting innocent people.
Yago decided to flee for his life at whatever cost he could imagine with his rattled mind. Unknown to him, his fellow prisoners also felt threatened by Gidaben’s mob. As Yago scanned his surroundings for escape holes, the two other prisoners sprung from their work areas and ran away towards Palanca. Two prison guards armed with shotgun started to pursue them just as when Yago himself scurried away.
One of the guards committed himself to pursue the two prisoners while he motioned for his fellow guard to go after Yago, who ran towards SM Shoemart near Carriedo.
Franco, flanked by a five-man escort designated by Sir Dikomo to secure the child, had just left the rectory. They were about to board the waiting patrol car that would bring them to the police station via Palanca Street. But when the escorts saw groups of by-standers milling around the Palanca side of Lacson Underpass, they stopped. The escorts could not quite figure out what was going on and so they decided to proceed on foot, heading the other way, towards Raon.
About three minutes later, as Franco and his escorts walked towards Raon, an onrushing mob about some 50 meters away startled them. Thinking the mob was out to snatch Franco, one of the escorts grabbed Franco and wrapped him in his arms. He instructed his fellow escorts to cover him as he and two of his companions darted towards the Underpass.
Two of the escorts thought they could not just run away without knowing what was happening. With arms drawn, they waited for the mob to come closer. However, one of their companions yelled at them.
“That’s not our mission. We need to bring this kid to the station now!” Sir Dikomo had explicit instructions to deliver Franco in less than 20 minutes. The subordinates sensed nothing unusual in the superior’s directive; all policemen, after all, had been trained to carry out time-bound tasks.
The two escorts rushed to join the three who had custody of Franco, who now entered the tunnel leading towards the Lacson Underpass.

ABOUT 10 MINUTES ago, Yago turned right upon reaching SM Shoemart near Carriedo. The prison guard and Gidaben’s mob—about seven or eight of them—were in his tail. At Carriedo, more people joined the chase. He sprinted across the street and proceeded to Sales, hoping he could hide somewhere in its dimly lit sidewalk. The pursuers appeared to have been scattered when dogs started barking at him.
He re-emerged and tried to walk casually. He was heading towards Sta. Cruz via Ronquillo when a few members of Gidaben’s mob spotted him. They seemed to have been waiting for him to somehow show up, ready to snare him in an ambush. Yago saw the mob; he turned right, moving quickly. Then the prison guard suddenly appeared at Paterno Gomez Street, who was furiously aiming his shotgun but could not fire due to the presence of other people in the vicinity.
Yago again picked up his pace. Then he ran. The mob gave chase.
Outside of Sta. Cruz and Quiapo, Yago was not as familiar with alleys in the Recto and Sampaloc areas. It had been a long time since his bag-snatching days in Recto. He decided to head for Raon. His pursuers were at full strength again. The prison guard was trying to catch his breath, which made him more enraged. The mob had been primed for aggression. At the corner of Raon and Quezon Boulevard, Yago took hurried glances at his pursuers. Some of them brandished what appeared to be bladed weapons. Others waved at Yago with sticks. And they were closing in.
The prison guard felt he was losing steam. He fired warning shots in the air in the hope that the prisoner would realize his attempt to flee was futile. This momentarily stopped the mob. Yago was certain the other side of Quezon Boulevard offered him better odds at success in a mad dash for freedom. There were three ways to get there. First was to jaywalk, which was risky given that traffic moved fast after the rush hour. Two was over the Raon footbridge, which was within the line of sight of his pursuers. And the third was Lacson Underpass, where people walking along the Quezon Boulevard sidewalk offered cover and camouflage. He went for Lacson Underpass.
The mob at the corner of Raon and the commotion among onlookers was the sight that greeted Franco’s security a couple of minutes earlier when they were heading for the footbridge.

ONE AFTER THE OTHER—Franco and his escorts, then Yago, the prison guard, and the mob, in that order—stepped inside Lacson Underpass. Franco and his security needed as fast as they could to cross towards Escaldo Street, the shortest distance towards the police station where Sir Dikomo had set up his press conference; all the others needed to move as fast as they could to nab Yago. One more interested party—the OXD guys who now operated as freelancers—waited in ambush to snatch Franco away from Sir Dikomo’s grip.
Benjo could be heard talking in a low voice to his radio.
“OX2 and OX3 this is OX1. Get ready to intercept subject, over.”
“OX1 this OX3. Copy, over!”
“OX1 this OX2. Copy, over!”
The one who led the mob, clueless that one member of the chasing party was a prison guard, and convinced that the prison guard was a competitor for the bounty on Yago’s head, tried to trip the prison guard at the steps of the Underpass. The prison guard in turn understood this to mean that the mob lead was himself trying to abduct Yago. To the prison guard, either prospect of Yago escaping by himself or at the hands of abductors was not acceptable. Furious and panting, he saw Yago being slowed down by the usual crowd inside the Underpass. He took aim and fired his shotgun at the prisoner.
Yago dropped to the marble flooring of the Underpass, blood squirting from his neck. At least three more by-standers were hit. Bedlam ensued. People scampered away in all directions, running and jumping for safety. Security men guarding a bank on night shift were roused from sleep; one of them sprang towards the main switch and cut all lightings, thinking a ploy for bank heist had been activated.
There was pandemonium as horror gripped everyone inside the Underpass. There was yelling and crying; there was stampede as people jostled for the nearest exits.
When order was restored half an hour later, Yago was being lifted to an ambulance. He was fighting for his life, whispering the names of Katalina and Junie while medics tried to stop the flow of blood from a wound in his neck. The bullet that hit him must have punched a hole in a major artery. At the public hospital to which he was rushed, the administrative process needed to withdraw blood from the blood bank was taking too long to get done in relation to the immediate need of the patient. Yago needed a blood donor from whom an equal amount of blood would be extracted to replenish the stock. But no one came forward to offer blood in time, in his behalf. After a couple of hours more, he succumbed to exsanguination. He had lost too much blood before he could be given transfusion.
Back at the Lacson Underpass, the two others hit by stray bullet were lucky they escaped major injuries. One was hit in the head and was also bleeding profusely. But the bullet bounced off the skull, and medics were able to contain the hemorrhage without need for transporting the victim to the hospital. The third one had her left leg bandaged; nothing there but a one-inch scratch.
The two prison guards could be seen in a huddle. Two policemen later on joined them.
Both prison guards risked administrative sanctions for losing their subjects. Fortunately for them, the fortuitous events at the Lacson Underpass offered basis for quashing any liability on their part. The one guarding Yago could be subjected to a more complicated administrative and legal proceedings in the event somebody brought him to court on homicide, or even murder, charges.
Apart from the kibitzers, the onlookers, and members of the Quiapo community in general, joined later on by a few newshounds, two restless groups converged at either side of Quezon Boulevard. One, the group associated with Gidaben, was at Plaza Miranda. They lost Yago—to them he was one gold that turned to stone—but could not find answers to explain why things ended the way they did.
At the other side were Sir Dikomo’s men. They lost Franco—to Sir Dikomo’s inner circle he was likewise one solid gold that turned to stone—and for Sir Dikomo it was hard to believe the OXD project, or at least the trio of Benjo, Punzi and Ivanho, may have had a hand in what he could think of as an orchestrated mob attack to snatch Franco. If it was, he could forget everything like nothing happened. He could distance himself away from it all unscathed. It was no longer in his hands. Questions could shift to Reg Makatigbas.
At the same time, Sir Dikomo was plastered that having considered himself being the man who always had a plan was now besieged with questions for which he didn’t have answers. On the other hand, he could console himself. He thought that his not having informed Judge Vida about Franco being under their custody was a masterstroke.
Also empty-handed, away from the glare of neon and street lights, were OXD’s loose sparrows. Benjo, Punzi and Ivanho lost a treasure in Franco just like Sir Dikomo did, and were flabbergasted to realize months of work on this mission had yet again gone to waste.