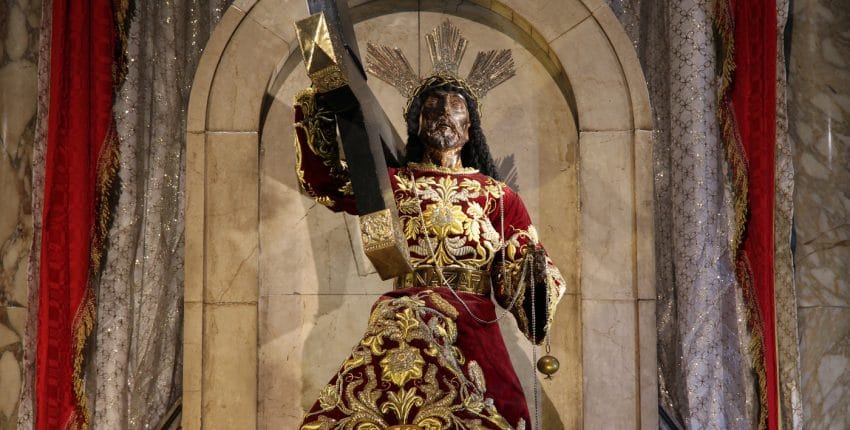 Before she took on the menial job as store attendant of a general merchandise store in Quiapo, Sylvia Monir had a promising career in multi-level marketing, ostensibly selling home grooming products. However, a court case against the company for pyramiding halted her rise to fame and wealth.

Still, that did not stop her from getting ahead in life. The main competitor of the company hired her as a mid-level corporate executive. With bonuses from sales made by teams she helped grow exponentially, she became a self-made millionaire at age 35. She was so good that her co-workers felt envious of her success.
One day the owner of the company found that somebody had embezzled funds from the treasury. In an internal investigation that followed, two co-workers testified that Sylvia was behind several fraudulent transactions, complete with receipts that established the money trail. Turned out her skills in sales could not help her navigate through the maze of bureaucratic traps. She found herself lucky: the penalty of dismissal imposed on her could have been harsher.
Months later, egged on by a former co-worker to question her unjust dismissal, sued the company for unfair labor practice. She took the gamble partly on the resolve of personal pride that nagged her to redeem whatever was left of her reputation, as well as partly on a friend’s advice that everything she lost financially could be recouped. She eventually lost the case, after a series of appeals, along with much of her savings that she spent for legal services during litigation.
Her depression pushed her to the brink; her emotional swings—sometimes foregoing meals for days—taxed the patience and tolerance of people around her. Except for a few—her boyfriend of 10 years had abandoned her—those who followed her in her heyday were mostly gone. Convinced that a world she once dazzled with her gift of gab had been lost, she sought and found refuge in illegal drugs. It was a matter of time before she showed signs of hitting the bonkers. In just a span of two years, hers was a free fall from the heights of self-confidence to the depths of despair, from millionaire to pauper, from a winsome talker to a wretched loner.
Fortunately for her, the core of her family was there to lift her from the pits. Against her will, family members deprived her of personal liberties. She could not hang out with anyone beyond the neighborhood unless she showed some healing in her emotional bruises. Alcohol, cigarette, and drugs were totally and permanently banned.
After a year of arduous babysitting, Sylvia’s mother, frail at 65, gradually allowed her to test the outside world again. Strangely, the city streets became a therapeutic home for her. Her outward appearance still pretty much suggested that she had lost her wits. On closer look, however, she was one who could wow a crowd with tales of her once happy life and, to the surprise of policemen and onlookers, she could speak fluent English.
Even more strangely, she found the slimy Quiapo neighborhood to be accommodating. The place where complete strangers meet beckoned her to blend in. At times she marked herself as catholic by the sign of the cross, but the Muslim community members in the area adopted her as one of their own. Fourteen months after her meltdown, she was on her way to a “miraculous” emotional recovery.
Wooed extravagantly, she went on to marry a Muslim trader. They separated three years later, however, although she decided to keep his family name. Her husband, who had children from several other women, complained that she was impotent.
Her husband happened to have connections with a slew of policemen. Through an endorsement by one of them, she got the job as store attendant in the store where she found a carefully bundled child one early morning, just as dawn was breaking. She was sane enough, with an astute presence of mind, to quickly decide that this one was her passport to redemption. She had been planning to try her luck as an overseas contract worker, and she needed at least 100K pesos to get all the paperwork done. Once she started “earning” again, her personal vow to repay her mother for the troubles she caused her could finally be fulfilled.
Sylvia guarded Anding like he was the Golden Buddha—one of those make-believe stories she once read from a pile of her favorite tabloids. So precious but hidden.
First order of the day was to talk to Sir Dikomo. The policeman had the longest tenure in the Quiapo Police Precinct. While it was normal for everyone else to be re-assigned to other precincts after two or three years, Sir Dikomo had been in Quiapo for more than ten years.
The Police Commission had found him guilty of at least three administrative charges in the past, meriting penalty of dismissal, only to be re-instated every time after each conviction. Not a few from among his ranks had expressed resentment for what appeared clearly to them as special treatment that was being accorded to him by higher authorities.
Not found in police records, Sir Dikomo had also shot and killed two gangsters with whom a cousin of his had an altercation. This meant the public had no idea of how many more lives have been ended by his gun.
But Sir Dikomo was perhaps the most beloved patrolman in all of Quiapo. Whenever he had his way, he did not tolerate abuse of ordinary people by persons in authority; and he was reciprocated with an abundance of respect. Regular devotees, vendors, tenants, among many others, deferred to him. During Friday masses, the Quiapo Parish turned to him—complementing the security force of the parish—to ensure that order within the surroundings of the church was maintained. For this extra service, the priests showered him and his fellow officers with gifts, either in kind or in cash.

THE STORE OWNER TOLD Father Andoy that she left with the baby at least a couple of times, saying she needed to get the baby vaccinated for polio and chicken fox, and some other diseases which she could no longer recall.
The following day, Sir Dikomo also showed up looking for Sylvia. Told that she thought there was no sign of her coming back anytime soon, Sir Dikomo asked if he could search her room.
There were a few personal effects and old copies of tabloids, one of which had headlined Father Andoy being rumored as the father of the baby.
Then there was a crumpled piece of paper, beside the trash bin. Sir Dikomo picked it up and unfolded it. He saw randomly written names and what appeared to him as telephone numbers, but most of them were crossed out. He slid the piece of paper into his pocket.
He tried to call the numbers written on the paper. When Sir Dikomo could not get a ring from any of the numbers he dialed, he decided that either the numbers were typos or they were not in use. He was left with no other recourse but to hunt Sylvia.

FOR THE NEXT FIVE YEARS Anding was called Franco. Vida had him baptized as Francisco De Gracia. His adoption was completed through a judicial process, including affidavits supporting his late birth registration.
One night Vida had a dream. She saw unknown creatures leaped out of the water as she and Franco were resting under a tree in a Batangas beach. As the creatures—which looked like a cross of scorpion and centipede, but with legs of an octopus—approached them, she quickly gathered Franco and scampered away. But, to her horror, one of those deceptively agile legs snatched Franco away from her.
The creatures taunted Vida as they totally ensnared Franco, who could hardly wiggle out from their grip. If it was any consolation for her, Franco’s facial language told her he was ok.