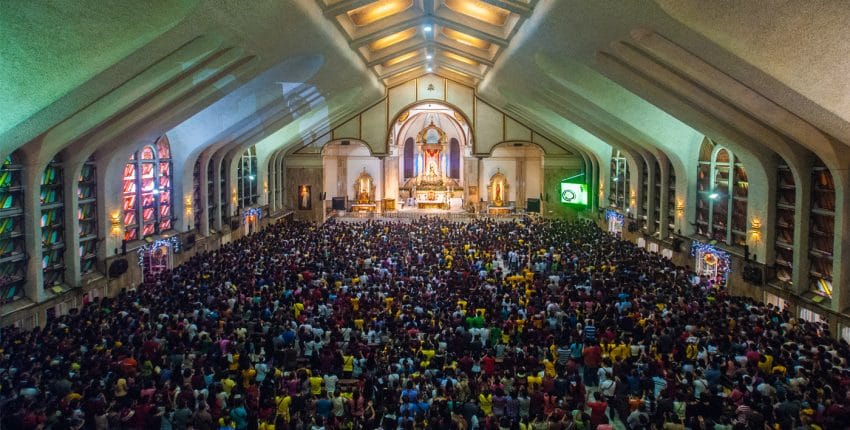 Boy Deo’s accidental rise to the top of local politics shocked many observers. The combination of media mileage he got from the Senate investigation, the shocking ambush in which Junie, along with his security aide, was killed, along with old stories of him as either an orphan or an abandoned child, and then as one of Quiapo’s homeless children who demonstrated grit and resourcefulness to overcome adversity, and later on as a community organizer and champion of the urban poor, had edified his legend as the new Cinderella of Philippine politics.

Before he left, Father Revo gave him a rosary. “Please accept it to assure me that you will at least one day consider to forgive me.”
Father Revo’s mother gave that rosary to him the first time he went to confession. That was about 58 years ago. That was the same rosary that Boy Deo’s alleged mother had referred to which she pressed into his pocket after a violent dispersal at the picket lines. He was manhandled by security guards of the company. The strikers responded by attacking the guards. A scuffle, then bedlam, followed. When the dust settled, one was dead on the spot from gunshot wounds, tens were injured, and Father Revo laid motionless on the concrete pavement for several minutes. People saw a rosary dangling from his waist. When he came to, a woman (who would become Boy Deo’s alleged mother) shoved it back to his pocket.
It was 30 minutes past noon. On his way to city hall, he passed by Quiapo Church. The next mass would be in 3 and a half hours, so there were not many people inside the church. He alighted from his chauffeur-driven car at the Quezon Boulevard side of the church, and slipped inside.
He chose a pew on the back row to sit on, and spent the next half hour just staring at the Black Nazarene.
Would he become what he is now if his mother, or Father Revo, had not abandoned him?
He remembered a local wag, or sage—depending on whether one believed or not what he said—whom Quiapo folks called Pilo Tasyo, telling him why parents were actually serving the long-term interests of the child if they leave their children fending for themselves at least half of their waking hours.

A MONTH LATER, there was jubilation as Boy Deo announced to the media that his name had been changed legally from Deodatu Biradayon to Leandro Francisco Deodatu Ramos Calasanz. He carried Father Revo’s family name.
“Call me Deo!” he said.
Media had another bountiful season. Stories after stories of Deo’s life, now dovetailed to those of Sylvia Monir, Father Andoy, Judge Vida, Teresa, Father Revo, Katleya, Katalina, among others, headlined TV, radio, and print media broadcasts. There was a picture of Mayor Deo beaming proudly with his mother, captioned “Basilio’s Pride.” There was another picture of Mayor Deo flanked by Senator Makatigbas and General Uy to his right and Sir Dikomo to his left, captioned “The Leader We Need, Says General Uy.” A reporter who highlighted his being an abandoned child had called him the “New Moses,” not fished from the river but from a dump.
For the remainder of his term as Manila Mayor, Deo lived in relative peace. His detractors retreated to neutral corners, disarmed of weapons with which to attack him. His administration had been cited not only for being corrupt-free but also for its innovative approaches. At the domestic front, Katleya had not returned to the mental hospital. Deo hired private mental care specialists who attended to his mother on a regular basis. Even Father Revo had been discharged from the hospital, but had to be confined again in December of that year.
The following month, January 2005, the Rector who replaced the now-retired Monsignor Ubanon invited Mayor Deo to deliver a talk after the traditional mass preceding the Traslación.
In his homily, Archbishop Calaveria talked about miracles. He said that while God can perform miracles by himself, he preferred showing them to us with participation of human hands. Thus, he needed five loaves of bread to feed a multitude. He needed buckets of water so he could transform them into wine. Even in the Old Testament, the Israelites had to paint their doors with the blood of a sheep to fend off the curse that killed the first-born males in all of Egypt.
He added that the miracle of the Eucharist, which happens every day in the Holy Mass, was like the blood of the sheep; it shielded us from the curse of the fall of our parents from God’s grace in the story of creation—the Genesis. But for that miracle to work, God needed our participation. We had to turn away from sin and do things that pleased him.
In his speech, Mayor Deo stayed close to Claveria’s theme.
“I remember the first time I experienced the Traslación. Maybe I was 6 or 7 years old. I saw this boy, maybe even younger than myself, who was crying because he lost her mother. Then somebody told him to just stay where he was because his mother would look for him in the last place where the two of them stayed together. That good little deed of assuring him was a miracle; he stopped crying and, sure enough, his mother found her way back to him.
“In instances that I cannot count, I also experienced the Black Nazarene’s miracles in my life. The miracles came in the form of food when I was dying of hunger, and of mothers—I had at least 5 of them—who found their way back to me.
“The Traslación is an occasion for the recollection of how our lives have experienced the outpouring of love from our brothers and sisters. The Black Nazarene performs his miracles through them. He heals the sick through our doctors and other medical professionals. He wipes the tears away from our eyes through our mothers. He brings laughter in our lives through our friends. And he keeps us humble through our enemies.
“It is just fitting that we strip ourselves of our sandals or shoes because we are walking on holy ground. This ground is holy because it supports our bond with God and his creation. Our bare feet feeling the earth symbolizes the acceptance of our responsibility for each other, including those generations that will come after us. We need to spare the ground of our trash. We do not need to step on somebody else’s shoulder just to be able to touch the Nazarene.”
While the estimated number of devotees had increased by more than a million, the Traslación that year was in many ways different from the previous years. This one was orderly; only a handful of devotees got injured. There were but few litters on the streets. The procession was completed in 12 hours instead of the 48 hours that the Traslación took to complete in the previous year.
Mayor Deo’s cellphone vibrated in his pocket. It was a call from Father Andoy. He reported that Father Revo watched the live coverage of the mass from his hospital bed, and that he closed his eyes after Mayor Deo’s speech. A few hours later, his father breathed his last.