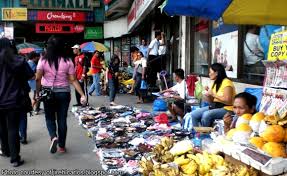 As a regular Metro Manila commuter since 1975, I have experienced–then and now–how millions live their lives on the road. The Mandaluyong (where I lived) to Manila (where I attended college) route took an average of forty-five minutes to an hour of travel time by jeep, one way. The Mandaluyong to Quezon City (where I eventually found a government job in 1981) took a more or less similar amount of time to travel, either by bus or jeep. When my family moved to Cavite in 2016, my life on the road took an average of 4 hours off my waking hours, 5 days a week, which in effect leaves me with just about 12 hours for work, family and community.

The large amount of time spent on the road by ordinary urban dwellers like me is an atrocious waste of a major resource base. The suffocating traffic problem in urban areas adversely impacts equally on the rich, for sure, but they have other resources, like investments parked in bonds, stocks or commodities, that allow them to make money even while they are sleeping. For the rest, there is hardly anything else but loss of opportunities to further improve their livelihood or, especially for those who believe in the afterlife, to further improve their relationships with their God and fellow human beings.

If traffic had any redeeming value, this should be for the benefit of social media trolls. They and their believers have all the time to show to, and be seen by, the world their own kind of truth.

For dreamers, life on the road can be lessons in a list that grows by the day, some are obvious enough to be shared for whatever their worth. I wish to contribute to that list, as follows:

Can something good come out of a present-day curse like traffic?

The way jeepney drivers wait for passengers for extended minutes at every intersection makes me suspect that traffic is in a way a blessing for them. The modern commuter bears with them, because everybody knows that vehicles have moved so slow like they never did before. Yonder are all sorts of value-subtracting, from the viewpoint of the commuter, and time-wasting, from the viewpoint of everyone, traffic dampers. The schemers know when there is opportunity to make a living, and the barangay tanod, some suspect the police in the nearby precint are in it, too, put “barkers” in key street corners where a transport terminal comes into being. Of course there have been reports of barangay officials being behind these money-making public utility stops.

Land use conflicts are ideally resolved by looking at what is best for the whole area or community, and not at what is best for individuals or groups of individuals. What is best for community is in turn determined by ends of socio-economic efficiency (optimum land allocation for commercial, industrial, and settlment areas, as well as the best way to facilitate vehicular and human traffic, among other things), security (disaster risk reduction management facilities, which includes enough space for mobility of rescue vehicles like firefighters), and health (like open spaces for fitness and recreation).

I’m sure zoning regulations as prescribed by government provide for a more detailed set of criteria for determining what is best for communities, but the ones I mentioned are quite basic for anyone to miss. And yet many of them are openly violated. Examples:

Sideswalks are for pedestrians. But vendors, barangay halls, police precints, Meralco and PLDT posts, and lately motorcyclists, compete with pedestrians for their use. In some areas like Cavite, the base of some flyovers/footbridges block sidewalks; worse, people freely cross the streets under these bridges, which makes these bridges not only useless but an obstruction to human traffic.

Some housing developers (especially for socialized housing) apply standards for the sake of compliance only. For example, they allocate provision for sidewalks, but at the same time plant electric post in them at some interval, practically disregarding their intended use.

That local zoning ordinances were supposed to have been institutionalized since the Local Government Code was enacted in 1991 explains why politics has failed at this level of public administration, except probably in the City of Manila and other exceptional places.

Politics also operates uniquely in different areas. In Metro Manila, the MMDA erected barriers that force pedestrians to take footbridges to cross intersections; but in major cities in Cavite, authorities apparently have not seen the need for people to compel them to use these bridges. One can only surmise that local authorities do not have the heart to make the life of their constituents harder by forcing them to take extra streneous steps, even if this puts them away from dangers posed by speeding vehicles, probably thinking that the vehicular traffic being compromised is a resident of another city or province anyway.

3) Bayanihan has a negative spin

The case of Meralco and Napocor posts can be tricky. Some of them are not only blocking sidewalks but even portions of major roads. Should not government require Meralco to uproot them and transfer them to where they should not, at the least, pose traffic hazards? Or can local governments impose rent for their use of sidewalks (even just as a disincentive for breaching zoning standards)?

I think the above options are possible, but they should entail monumental costs. What would likely happen, it seems to me, is for Meralco to eventually pass these costs to its subscribers, which is almost the equivalent of government itself subsidizing Meralco for this land use rectification.

Another possibility is for the community to come together and help Meralco, bayanihan style, correct this error (both government and Meralco are blameworthy here). Footnote: this wild option is presented to show that in some cases there would be no need for bayanihan if our government has been serious in its design and implementation of land use plans. In other words, bayanihan becomes romantic where planning failed in the first place.

Jeepneys that used to have a 14-passenger capacity, say 20 years ago, are hard pressed to accommodate 12 passengers today, to the constant bickering among drivers and passengers. This seems to validate government data showing incidence of obesity among adults has increased from 50 percent in 1998 to 60 percent in 2017.

5) Respect for the line has slipped

In my college days, jeepneys almost always found a way to pull up to the side of the street when loading or unloading passengers. Today, jeepney drivers can do this wherever it pleases them–at the middle of the road or even at busy intersections. Competition for a share of paying riders must have grown that stiff, like basketball players–whose playing careers are at the line–shoving each other for a rebounding position. The same do-or-die pressure has pushed not only jeepney drivers but practically most motorists to ignore pedestrian lanes, making communiting and pedestrian experience in most cities not only exhausting but also scary.