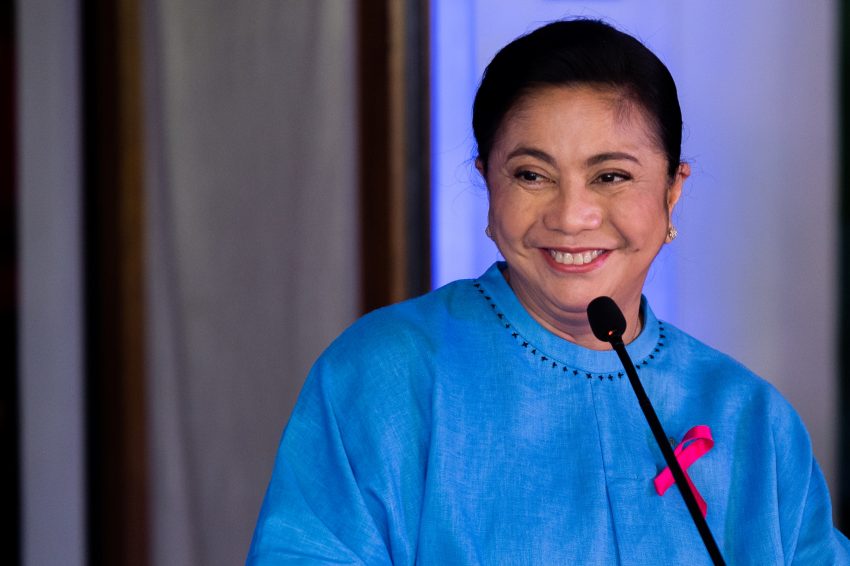 Leni, of course was also published by The Manila Times on 4 May 2022.

That’s a recruitment guide. Human resource managers have been using it for around half a century now. It is based on the idea that behavioral dimensions, in addition to “paper and pencil qualifications” (eg educational merit), are key determinants of how effective people can be in the jobs they were hired for.

Job descriptions vary. They entail specific tasks that can be carried out successfully only if people possess the skill sets and behavioral traits which those tasks require.

As an example, the behavioral dimensions would include “attention to detail” if one was looking for a bank teller or a surgeon; or “tolerance for stress” if one was hiring a policeman or policewoman; or “optimism and teamwork” if management was trying to promote a rank-and-file employee to become a supervisor.

Through job interviews, recruiters try to establish facts from how applicants fared in situations where they exhibited their behavioral fitness to the ones required by the positions they apply for. Again, as an example, a recruiter would need to know how an applicant for a bank teller position coped with simultaneous home assignments when he or she was in school. Or how an aspiring policeman handled a medical emergency that involved a relative who lived miles away from the nearest hospital. Or how a would-be supervisor kept the hopes of his or her peers up when risks of downsizing stared them in the eye.

The hiring decision for president of the Republic of the Philippines, among many other elective positions, can go through the same process. Because a president can be anything to anyone, one would assume that the presidency requires behavioral dimensions that are far more complex than the ones I mentioned.

I have in mind the three Cs—character, competence, and courage—as proposed by the late Senator Nene Pimentel, Jr. Character reveals one’s integrity; it means a person is what he or she is whether in front of people or by himself/herself. Now, even if you have character but wanting in competence, you also cannot serve the people well. Courage enables one to stand up for what he or she believes is right, no matter what the cost would be.

How do the supposedly leading two candidates for president (namely Bongbong Marcos and Leni Robredo) fare with respect to the three Cs? Voters as hiring authority cannot interview both to know what they did under situations that required character, competence and courage, although the presidential debates could have offered clues if both had opted to participate in all of them. Instead, we are solely guided by what the public already know, over which voters, due to partisan biases, are understandably divided. For that reason, I suggest a profile for both Bongbong and Leni that offers the narrowest path of divergence in interpretation, one that is supported by unassailable facts.

Bongbong has a surname that moves people in many ways. Those who believe his father had served the country well applaud him. But he is rejected by those who believe that two decades of Marcos rule had left the country plundered and the rights of its citizens grossly violated. It is unfair to him to suggest that he freerides on what his father built, or that he is a victim of public derision for what his father destroyed. In any case, the results of the election next week could yet indicate many things, but one of them should be either the rejection or acceptance of a legacy he inherited from his father.

Bongbong followed the career path of his father. That perspective shares notions of whether he has the three Cs to get the job of the president done. He had been a politician since he was 23 years old. He held various political offices for at least 27 years, a span interrupted only when the Marcos family fled to exile in the United States after the 1986 EDSA people power revolution. He returned to the country in 1991 and won a seat in the House of Representatives in 1992.

Except for the fact that he won the vote of his constituents, which indicates a stamp of approval by the hiring authority, there is nothing consequential by way of assessing his performance record as an elected official. As member of congress for 15 years, a bill he authored was enacted into law as Republic Act 10632, which sought the postponement of the 2013 Sangguniang Kabataan elections. He hardly did anything else, except to co-author some bills proposed by his peers. This gives away the impression that, overall, his competence and work ethic is in doubt.

The Marcos family had been accused of stealing people’s money. The fact that they tried to hide ill-gotten wealth with fictitious bank accounts and offshore shell corporations adds to government files detailing the allegations. Some even reached the courts that ended up in conviction. Records show that Bongbong has not been a disinterested party while all the looting happened, but he has chosen not to explain himself adequately enough. He even skipped presidential debates where he could directly address the charges. He is not transparent. He might be what he appears to be in public, but he is not what he is in private. His character is suspect.

Courage? No need to brawl when one was ahead. That might explain why he skipped the “hostile” debates. But he needed to consider that his constituency has grown from a captive crowd to a history-challenged mass. Instead, he opted to bury his fears under the prospect of a friendlier future. That prospect requires him to stay in power forever, which is an impossibility. 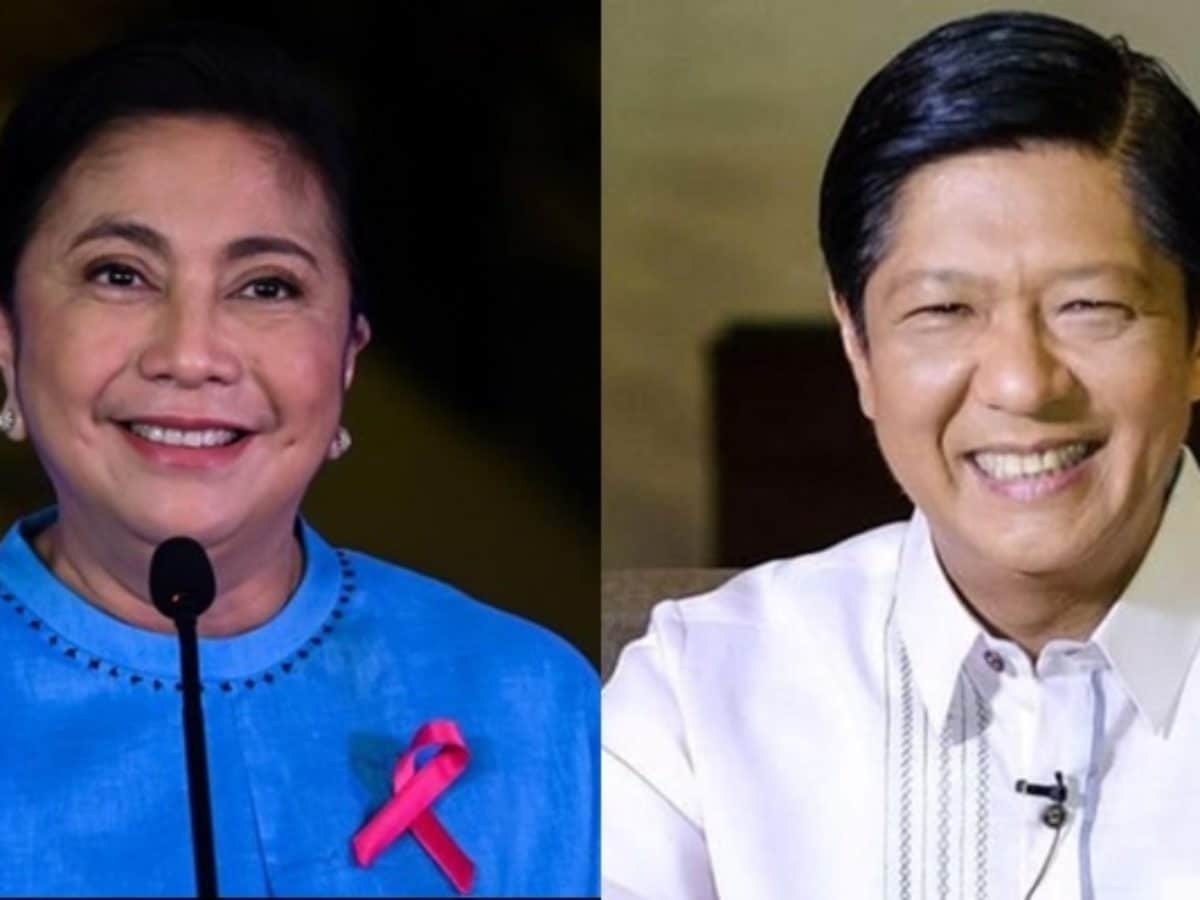 The other applicant, Leni Robredo, found herself leading a more public life when her husband, Jesse Robredo, died in a plane crash in 2012. A lawyer, she represented indigent clients in court cases and joined teams that immersed in remote rural communities to help them access legal, medical and livelihood services as coordinator for Sentro ng Alternatibong Lingap Panligan (Saligan). She won a seat in the House of Representatives in 2013 where she authored the Full Disclosure Policy Bill, People Empowerment Bill, Participatory Budget Process Bill, Comprehensive Anti-Discrimination Bill, and co-authored the Anti-Dynasty Bill and the Healthy Beverage Options Act, among other pieces of legislation.

She vied for and won the vice presidency in the 2016 elections. She criticized the Duterte administration for alleged human rights violations in its enforcement of law and order and irregularities in procurement of supplies for the COVID 19 pandemic response. In a culture where political alliances are a function of convenience, she risked losing support from segments of population that held the Duterte government in high regard. That’s courage.

Her relatively under-funded office still managed to contribute to the government pandemic response. She facilitated resource mobilization among various sectors, including private groups and individuals. She led teams that supported local government units in putting up testing and vaccination centers; she helped them develop communication and coordination hubs. That’s competence.

While at this, the Commission on Audit had given her office the highest audit rating for three successive years now. That assures her publics of a purposive effort towards institution building. That’s character.

How voters decide will be known in six days. If pre-poll surveys are anything to go by, Bongbong appears to be winning. But if the hiring decision was all up to me, it should be Leni.