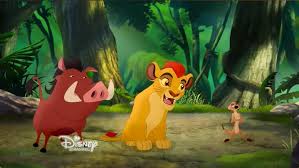 There are two approaches by which the Philippines can free itself from China’s tightening friendship grip. One can be completed over the short term; the other one can be done over the long term. Both will take a process that needs to be started now.

But before we proceed, let us take a glance at who we are up against, in keeping with Sun Tzu’s advice that in the battlefield, one must know his enemy and the terrain of that battlefield.

China does not hide its disdain for international rules if such rules get in the way of promoting its self-interests. It claims territories in West Philippine Sea that, according to international law, belongs to the Philippines. It rejects an internationally-sanctioned court ruling that awards to the Philippines sovereign rights over those territories. Its false claims are enforced by lawlessness and violence: creating structures and driving Filipino fishermen away by a combination of vexation, intimidation and naked physical force.

China has attained that rarefied status of arrogance, the same status the United States accorded upon itself when it bombed Iraq in violation of a United Nations (UN) resolution.

In other words, the towering levels of economic and military power achieved by both China and the United States have made themselves above and unreachable by international law. They follow UN rules when they favor them; but by no means are they bound by them if they harm or threaten their interests.

This is the animal kingdom. And that is how the Serengeti crumbles, as it were. Unwise is the man who rants and reasons why; prudent is he who thinks of ways of how to get even.

A look at the global politics will show that the US does what it always does with help from its friends. Don’t call them rogue, but members of the North Atlantic Treaty Organization are equally responsible for atrocities committed by the US abroad. Yet the rules of the jungle apply to both big and small, and US allies are justified when cheering for the bully means they know where their next sack of rice is coming from. It pays for Pumba to follow Kion when this protects him from the dreaded pack of hyenas and wolves.

High on the list of China’s agenda should be breaking the ties that bind the US to its friends, while building up its own new wave of fanatics.

Insignificant the Philippines maybe under the grand scheme of things, China has made its neighbor across the sea a priority target. And in a relatively short period of time, it has succeeded in grabbing the little maya from the eagle’s claws.

To be sure, the Philippine presence as third party to US-China relations has been there for ages, having been ruled for centuries by a kingdom in faraway Spain, one of the undisputed imperial powers of old, before the US launched to global orbit its own imperial dynasty starting with what appeared to be a false-flag sinking of the USS Maine in Cuba in 1898. Spain eventually sold Las Islas Filipinas to Estados Unidos para veinte millones de dolares, at least a hundred million dollars less than what it got for Cuba.

During the 1901 debates in the US Senate for the ratification of the Treaty of Paris, the expansionist, pro-annexation senators edged those who favored granting of outright Philippine independence. Albert Beveridge, one of the loudest barkers for expansionism—in one speech, he called Filipinos juvenile and oriental monkeys who, while good at singing and dancing, were incapable of serious thought (as if he was addressing today’s Philippine Congress)—he argued for keeping the Philippines as a colony so that the US can build a launching pad from where it can grab the huge China market for American companies.

A hundred years later, the opposite happened: taipans grabbed the huge American market and its peripheries. Today, China has 820 billionaires, compared to about 500 in the US. In the Association of South East Asian (ASEAN) countries, 8 of 10 richest individuals consist of either Chinese immigrants or descendants from families with Chinese blood.

China’s Belt and Road Initiative promises the multiplication of world wealth through trade. Sweetened by offers of financial aid and development financing, the BRI has become a compelling magnet for Pumba and his kind. At least 60 countries have already signed up as followers.

But China’s disregard of international law as shown by its behavior in WPS means that it cannot be trusted. While there is time, therefore, Pumba would do well to extricate himself from further tightening—as I noted in last week’s column—of the dragon’s lock.

The short term approach for countries that are looking for a way out is to establish a government that truly represents their people. This requires a process that informs voters about China’s fraudulent claim in WPS, among other areas in South China Sea. The process is difficult and should aim to get as many peoples and nations involved. There is no time to lose, which is why we should start working on it now.

The long term approach will be essayed next week.