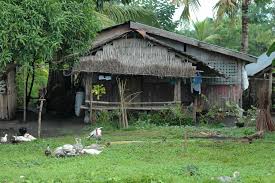 In my last column, I discussed the fault lines of the Philippine economy. I feel there is need to elaborate.

The essay tried to use imagery to highlight the dangers faced by an economy that is heavily dependent on private consumption and public spending for its continued expansion and growth. Private consumption is of course fueled in large part by OFW remittances; public spending is a function of the size of government budget and of how fast it is disbursed. Both drivers of growth each constitute at least 10 percent of the gross domestic product, or GDP.

Public consumption is a given and may not need further discussion. (Stated another way, the government can appoint misfits and the economy should remain in good shape, thanks to OFWs.)

Public spending, on the other hand, brings to mind many things. One, we know that the bigger a government budget is, the deficit that that government must be willing to assume will likewise have to be bigger. This means there is need for more government borrowing, which in effect further means imposing the corresponding amount of taxes (that is, equal to the deficit) upon the incoming generations.

Two, the need to quickly disburse government money (economic managers had blamed the relatively slow 5.2 percent GDP growth rate in the second quarter of 2019 on the delay in approval by Congress of the 2019 national government budget) is fraught with corruption risks. Not only because, as wise people say, haste makes waste, but more so because the pressure to move money around makes it convenient for those in charge to cut corners and disregard established norms, including those prescribed by procurement, accounting and auditing laws.

Three, it is not enough that pubic funds are spent away from the hands of thieves, which is an impossibility, if we go by history, especially the more recent accounts of it. Public spending is needed for social levelling and for ensuring that economic development is sustainable.

Social levelling requires creating conditions that allow the poor access to services that enable them to lift their lives economically, socially and politically, on their own; and services that make it easier for them to blend from the fringes to the mainstream of society where opportunities for advancement are equitably shared.

Social levelling means prioritizing the need for purposeful investments in health, education and other basic social services. This further means winning the peace for farmers and indigenous peoples in the countryside; it also means resolving issues in their favor whenever their interests are in conflict with those of real estate developers, logging and mining companies.

Social levelling also means executing the law in the service of all, including the poor. It confirms the sacrosanct intent of Article Three (Bill of Rights) of the Constitution, which, like the Ten Commandments, enumerates the basic pitfalls which the government is prohibited from going into, especially in relation to basic rights of its citizens. Government cannot kill innocent people (suspects are assumed innocent until proven guilty, according to Article Three, and thousands of mostly poor people who perished in the war on drugs have not benefitted from any judicial trial that found them guilty).

Sustainable development has always been a fashionable mantra for government and non-government development practitioners. But unless our farmers and fisherfolks are ensured of livelihood free from economic structures that dissipate the value of their outputs, or are free from threats posed destructive mining and illegal fishing, sustainable development will remain, like the treasure at the end of the rainbow, an elusive dream. Defined, according to the United Nations, sustainable development is the organizing principle for meeting human development goals while simultaneously sustaining the ability of natural systems to provide the natural resources and ecosystem services based upon which the economy and society depend. What we mostly see, so far, are people fleeing from rural areas displaced by poverty; and the explosion of urban population whose host environments are breaching the limits of their carrying productive capacities.

The latest GDP profile draws attention for the missing sectors—agriculture and industry—which used to be key contributors to its growth. The agriculture sector (at 9.6 percent of GDP) is particularly worrisome, because it absorbs at least 30 percent of the workforce. There is nothing more horrendous by which income inequality in the country can be explained.

There is therefore the ever urgent need for government to re-examine its priorities among many, and sometimes conflicting, priorities. War on drugs is fine, so long as it follows the law. War on corruption is ok, more so when our government officials are there to lead by example. But rural development is shouting, now more than ever, for attention. Support for agriculture will always require innovative approaches, informed by recognition of the need to create greater value to what the sector produces. The key may include associating farm inputs with entrepreneurship.

In a study, Ed Morato, former dean of the Asian Institute of Management and current President of Bayan Academy, showed how this can be done. He suggested that “a large number of entrepreneurs set up their business because of the presence of an industry cluster. Sheer proximity to the industry cluster and entrepreneur-relatives within the cluster spawned the formation of new entrepreneurs and enterprises. Industry and enterprise creation accelerate where there is critical mass of raw materials and semi-processed goods suppliers, service providers, manufacturers, and marketing intermediaries huddle together in area-based community clusters. Clustering motivates suppliers, producers, and marketers to complete the entire Industry Chain.”

Government therefore may need to prioritize spending based not only on sector-specific needs (such as health and education), but further refocused on geographical and industry-specific needs. If this requires further boosting of local government initiatives, either through a more effective implementation of the Local Government Code or even adopting a Federal form of government in the future, then the one best way to proceed is to get this done. Now na.