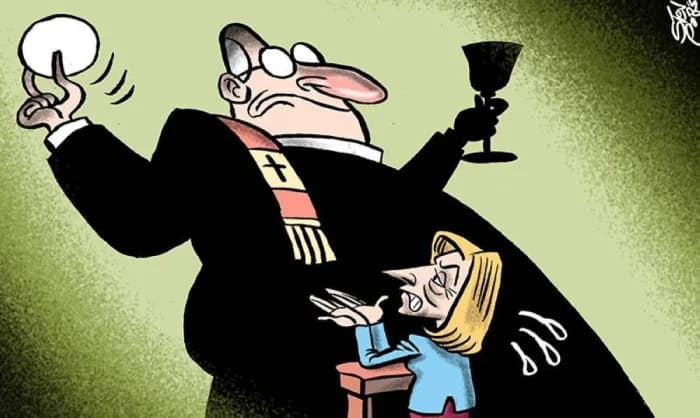 Holy Eucharist: War over the body of Christ was also published by The Manila Times on 1 June 2022.

WWJD? It is a question that bristles up each time Christ’s followers bicker on how to interpret his words. It is short for “What would Jesus do?”

Early this month, WWJD once again stirred many voices from the Catholic flock, especially among Americans, when San Francisco (in California, USA) Archbishop Salvatore Cordileone made public his decision to deny US House Speaker Nancy Pelosi the sacrament of the Holy Communion, or Eucharist. She resides in the San Francisco area and, supposedly being Catholic, belongs to Cordileone’s diocese.

The dispute between Cordileone and Pelosi basically arose from the latter’s public and “obstinate support for legal abortion,” in the words of the archbishop. Records show that as legislator, Pelosi voted against legislative proposals that criminalize abortion-related initiatives.

In a letter to Pelosi, Cordileone said: “I am hereby notifying you that you are not to present yourself for holy communion, until such time as you publicly repudiate your advocacy for the legitimacy of abortion and confess and receive absolution of this grave sin in the sacrament of penance.”

In 2008, Archbishop Donald Wuerl of Washington, D.C., rebuked her for saying in a TV talk show that “the church has not been able to define when life begins,” or something to that effect. Aside from Pelosi, many American Catholics, including President Joe Biden and other prominent politicians, are at odds with the hierarchy on the interpretation of some key teachings of the church.

In 2021, Archbishop Cordileone and other U.S. bishops tried to deny communion to Biden on the same ground that Pelosi has now been officially banned from receiving the Eucharist. But Pope Francis, although firm in his position against abortion, took a liberal approach, saying that communion “is not the reward of saints but is the bread of sinners.” He added that “bishops should be pastors, not politicians,” adding that pastors do not condemn because they also shepherd the excommunicated.

In 2016, the Pope released an encyclical titled Amoris laetitia (The joy of love), covering “a wide range of topics related to marriage and family life as well as the contemporary challenges faced by families throughout the world. It encourages both pastors and laypeople to accompany and care for families and others in situations of particular need.” Many bishops soon came forward to publicly challenge doctrinal foundation of the encyclical.

WWJD had confronted Pelosi’s church on many issues before, from abortion, to divorced couples who had remarried, to same sex marriages. But it is only now that a member like her has been uninvited from the Lord’s banquet.

Cordileone’s letter provoked comments that, in the words of one opinion writer, should make church leaders squirm with discomfort. He added that the archbishop’s action “will sow division and further polarize an America that already is sharply divided—rather than working to bring healing at a time when our nation sorely needs that.”

An American catholic priest reportedly wrote a letter addressed to “bishops who seek to keep some from the table of Christ… It is not your table (nor mine). Bishops, priests, etc., are neither the hosts, nor the bouncers, nor the ones who wrote the guest list. Jesus Christ is the one who invites the guests; he is the host of those who come; he is the setter of the table; and he is the feast which is shared. We are the guests at the meal, and sometimes (by his calling) servers. So, stay in your lane, please. The wait staff don’t get to exclude those who want to come. If you don’t like the company Christ calls (and, admittedly, it is a rag-tag bunch of sinners, one and all), it’s you who need to leave the table, not them.”

Cordileone explained that what he did was only to apply the Church’s teaching, citing Canon 915 which discourages “obstinately persevering in manifest grave sin.” Aware of Pope Francis’ exhortation for priests to be pastors rather than politicians, he added that “I have been very clear all along, in both my words and my actions, that my motive is pastoral, not political.”

The Sacrament of the Holy Eucharist is the third sacrament of initiation of the Catholic Church, following Baptism and Confirmation. It was instituted by Christ himself during the last supper with his apostles. Mark (14:22-24) and Luke (22:19-20), among other biblical passages, quoted Jesus as saying: “And when He had taken some bread and given thanks, He broke it and gave it to them, saying, ‘This is My body which is given for you; do this in remembrance of Me.’ And in the same way He took the cup after they had eaten, saying, ‘This cup which is poured out for you is the new covenant in My blood.'”

When priests consecrate bread and wine to become body and blood of Jesus, they do so “in remembrance of the Lord.” The Eucharistic rite is the highest point of every Catholic Mass. Lumen Gentium 11 says that the celebration of the Eucharist is “the source and summit of the Christian life.” 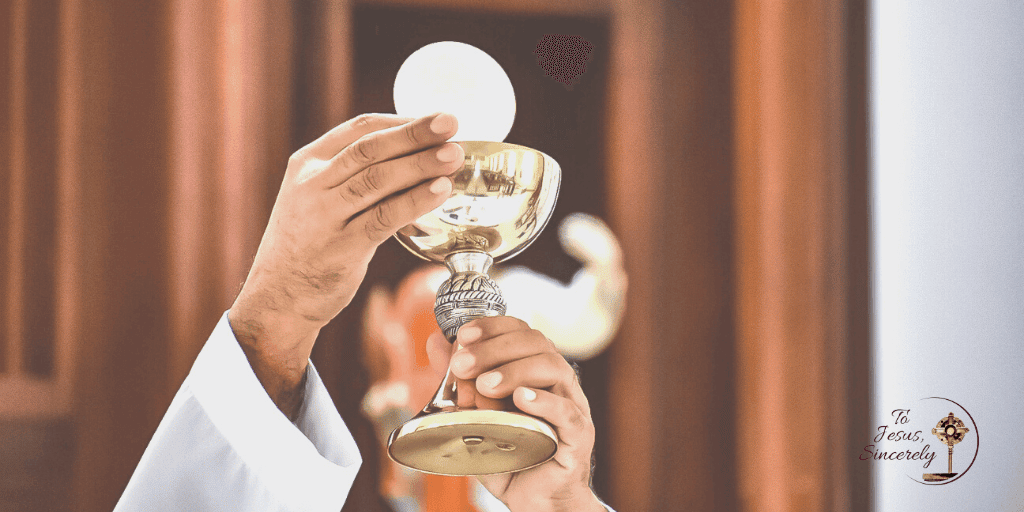 In 1 Corinthians 11:27-29, Saint Paul said: “Whoever eats the bread or drinks the cup of the Lord unworthily sins against the body and blood of the Lord.  A man should examine himself first, only then should he eat of the bread and drink of the cup. He who eats and drinks without recognizing the body eats and drinks a judgment on himself.”

The Code of Canon Law (916) further warns that “a person who is conscious of grave sin is not to celebrate Mass or to receive the Body of the Lord without prior sacramental confession unless a grave reason is present and there is no opportunity to make an act of perfect contrition, including the intention of confessing as soon as possible.”