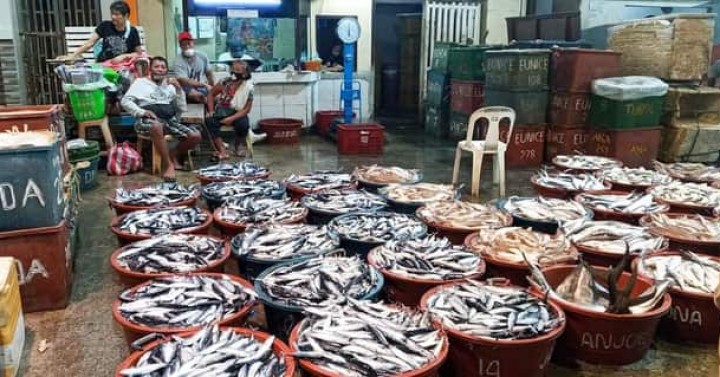 Fishy Fishing was also published by The Manila Times on 26 February 2022.

Department of Agriculture Secretary William Dar’s recent announcement that government is set to import tons of fish has drawn criticisms from a school of sectors.

In an online briefing on 20 January 2022, Dar said his agency will import 60,000 tons of pelagic fish in the first quarter of this year. Armed with numbers, he said the total fish supply projection for the quarter in metric tons is 680,000, whereas total demand for the same period, also in metric tons, is at least 800,000. There is thus a supply gap of 119,000 MT. He also mentioned that Typhoon Odette, which destroyed the fishing equipment in many parts of Visayas and Mindanao, had contributed to the expected shortfall in production by the local fishing industry.
Dar further explained that the primary purpose for the imports was to stabilize supply in the market so that prices are kept low. In other words, this has nothing to do with fisherfolks or that segment of the population that depends on the fishing industry for their livelihood.

There is no point in challenging his math, or his economics; it can boil down to which computer application one is using. But if Dar is really confident about his numbers, why does he not propose importing as much as 120,000 metric tons altogether to fully cover for the projected gap? At any rate, those who wish to engage him in academic discussion may bring out such hackneyed economic concepts like substitution and price elasticities. It can happen that when the price of fish increases, consumers shift to livestock and dairy products for their protein intake. And since this is not a planned economy, any price increase in fish should prompt livestock producers to raise their production levels. All other things being equal, the demand-supply adjustments should bring about stable prices in the market.

That the agriculture sector managed by Dar taking cudgels for an inflation-hit economy yet again reminds us that public policy is a day-to-day business proposition. Government operates not within the framework of vision and strategy. It acts and reacts, depending on the agenda of the day. A government that is non-committal to long-term social development strategy unmasks the true power that runs it. Thus, we have a housing official who uses his position to boost his real estate business rather than push programs for the homeless. That same official would be further unmasked in a Senate investigation that looked into anomalous purchases of face masks. Worse, the public has been wary of the many ways by which power is used to defraud government. Years ago, for example, Senator Panfilo Lacson exposed a fellow politician who asked a department secretary to give him a project (meaning, a fund source) the day after the latter lost millions in mahjong.

I am not saying Dar shares a common profile with secretaries whose portfolio pampers the powerful. I am saying there is dysfunction in a government organ that works for something outside of its core mandate. We have an agriculture department that, buffeted by winds of competing interests, leaves the local fishing industry fending for itself; or an environment department that favors commercial interests at the expense of dissipated environmental resources; or a labor department that allows the welfare of workers being subordinated by business interests, in the name of economic growth, etc.

Another way of looking at it is seeing the entire government as a scam. It has for its basic mandate the protection and defense of public welfare. But when push comes to shove, the rich and the powerful waylay the poor, who happen to constitute the majority of the population, on the margins of the same world they live in.

Even in sectors where there needs to be no conflict among interest groups, the disconnect between vision and strategy on the one hand and program implementation on the other hand, is obvious.

My home province of Eastern Samar, for example, is probably one of the select areas in the country with the highest education-facilities-to-population ratio. With a population density of 100 per square kilometer, almost all of its 23 municipalities have a national government-funded agricultural school or college. When I attended high school, these schools taught students how to plant rice, despite the fact that up to 90 percent of agricultural lands in the area are upland or hilly, or that the province has 21 coastal municipalities that in effect shares the vast Pacific Ocean with South America. When these agricultural schools offered degree courses, they churned out criminology and education graduates, instead of developing students to become experts in agroforestry or in fisheries.

The vision does not end with producing agriculture graduates. Other countries trump our farmers and fisherfolks not only because their governments subsidize their farmers more than our government provides support for the local farming and fisheries sector, the more important factor had been raising the capacity to build on efficiency through economies of scale.

Another disconnect can be found in the way government has implemented and promoted the decades-old cooperative code. Instead of increased capacity for farmers and fisherfolks to conduct sustainable commercial operations, what we mostly see are community-based buy and sell operations.

It is likely Dar culled his figures from data made available by commercial producers. I worked with local government units for years and I know it takes years for a Municipal Agriculturist to compile an area-wide production and consumption data. It takes time to produce updated information that can be aggregated at the national level.

He talked about importing pelagic fish. Pelagic fishes thrive in deep waters. Commercial fishers produce them; our local artisanal fishermen, who constitute the majority of workers in the fishing industry, produce mostly the smaller, demersal fishes.

But some of our local fishermen (with pump boats) do compete with Chinese and Vietnamese commercial fishers (with large vessels, often automated and armed, and are able to scour the high seas for months), in the hunt for galunggong, tuna, tambakul, etc.

Any way you look at it, it would be tough for local fishermen to compete in the global trade for fish. Last year, President Rodrigo Duterte had signed the Regional Comprehensive Economic Partnership (RCEP) trade agreement. RCEP aims to “achieve a modern, comprehensive, high-quality, and mutually beneficial economic partnership agreement among Association of Southeast Asian Nation (Asean) member states and their free trade partners.” It offers tariff concessions that will allow Asean countries to compete on equal footing.

Senator Manny Pacquiao could not believe that a country surrounded by large bodies of water could be so poor as to import fish. Samahang Industriya ng Agrikultura contradicted Dar, saying the there is no shortage of fish supply despite Odette. In Zambales, some fishermen have been quoted as saying the fish to be imported could come from local fishing grounds; or that China was selling fish they hauled within the country’s territorial waters.

The National Task Force for the West Philippine Sea had reported last year “that at least 240,000 kilos of fish were being illegally taken by Chinese vessels from the country’s waters each day.”

Even without government approval on fish imports, local fish traders have been buying fish wholesale from foreign commercial fishing vessels at sea, far from ports.

That Dar made the announcement anyway could only mean there was no dodging RCEP any longer. Aside from protecting our territorial waters, one would have hoped the technical, organizational, and financial capacity of our fisherfolks to conduct commercial fishing operations had been raised decades before this day happened.