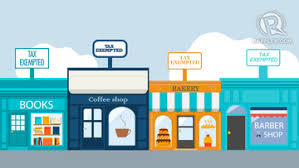 Still on the topic of the area model approach to development, about which I discussed in broad terms in previous columns (please see “Fault lines of PH Economy” [November 20, 2019] and “If Rural Philippines Mattered…” [November 27, 2019])as the best vehicle by which the country’s economic development can be made more inclusive and sustainable, I wish to comment some more on Ed Morato’s ideas on “value creation and value procreation.”

In “Fault lines of PH Economy,” I argued that while the Gross Domestic Product (GDP) can be expected to grow at a more or less steady pace due to increase in private consumption (fueled largely by OFW remittances) and public spending (government can increase its budget every year with practically no limitation and cover its deficits by taxing future generations), the target of public spending must remain focused on bridging the gap between the rich and the poor. I also highlighted the fact that the agriculture and industry sectors, which used to be key contributors to GDP growth, have become non-performers in recent years. One can only surmise how a growing economy could be of greater benefit to the majority of the population if these sectors were not lagging behind, noting further that the agriculture sector, which now contributes only about 9of the GDP, absorbs about 36 percent of the working population.

In “If Rural Philippines Mattered…,” I shared the thought that concentration of investments, both from public and private sectors, in urban areas have created massive demographic shifts that present a new set of dilemmas for development planners. The resulting imbalances in stimulating economic activities at the expense of rural areas haveleft these areas with little resources to work on, while the urban areas, although noticeably progressing, wobble under the weight of human congestion, land use conflicts, traffic, wage issues, worsening solid waste management, among many other signs of urban blight.

Another crippling factor that hinders rural development and displaces the rural population is the armed conflict between rebels (communists and Muslim separatists, among others)and government troops. Government has tried a variety of responses to this pestering insurgency problem, but after spending billions and losing thousands of lives we have yet to show a lasting solution to it. Addressing its root causes that almost always is linked to poverty and income inequality has been proposed many times in the past. And it is where the area development model, among many related ideas, can become helpful.

I also mentioned that in a study, Morato, former dean of the Asian Institute of Management and current President of Bayan Academy, showed how inclusive and sustainable development can be done. He suggested that“a large number of entrepreneurs set up their business because of the presence of an industry cluster. Sheer proximity to the industry cluster and entrepreneur-relatives within the cluster spawned the formation of new entrepreneurs and enterprises.Industry and enterprise creation accelerate where there is critical mass of raw materials and semi-processed goods suppliers, service providers, manufacturers, and marketing intermediaries huddle together in area-based community clusters. Clustering motivates suppliers, producers, and marketers to complete the entire Industry Chain.”

To that end, government must therefore prioritize its spending based not only on sector-specific needs (such as health and education), but further refocused on geographical and industry-specific needs.The Department of Agriculture recently announced the availability of funding support those who wish to take up farming as their main occupation. I would add that creating conditions for making farming profitable is all it would take to entice people to take up farming as their life-long career.

This is where local entrepreneurship as a vehicle to achieve sustainable development, and as prescribed by Morato, becomes handy. The key is to establish an industry cluster that can breathe life to farming and agriculture in general over the long term. Most local economies cannot support this strategy by themselves, given the debased resources at the countryside. But government can prop them up, led by local government units (LGUs), because it can afford to provide financing in ways that the private sector is inhibited.

Discussed broadly below are enterprise suggestions (by no means original ideas) that government may consider for rural areas:

That Metro Manila needs to be decongested is obvious; and LGUs can easily see opportunities from that big problem. Hint: Build a hub for a national government agency, one that offers free housing for 1,000 to 2,000 employees, on top of state-of-art digital connectivity infrastructures. Then invite a government agency that rents property for its offices in Metro Manila or nearby areas to relocate. In five years, the host LGU should see a rapid increase in the number of economic establishments within the area, providing livelihood opportunities for its residents.

LGUs that think through issues of(which is a tax on idle property) and disaster response shouldalso do well to buy land now (while still available and relatively cheaper) for the future needs of their constituency.

LGUs can add value to what the Philippine Retirement Authority offers by building specialty facilities for the elderly, including those that require medical care for dementia, Alzheimer’s and other physical ailments caused by wear and tear. Filipinos excel in caregiving (a competitive advantage) largely because of our culture: respect for elders and moorings from extended families.

The market is simply too big (and growing by the day) to be ignored. Estimates show that, in 25 years, almost one-third of the population of the United States, Japan and most European countries would be nearing retirement age. Unlike the Philippines, the ties that bind families in these countries are not as “strong,” where elders are often left to fend for themselves. These elders, one may further note, are not “freeloaders,” thus boosting the financial viability of such investments.

The objective is to help local farmers compete with established producers and traders by organizing and continuously training them, and providing them with the required startup and working capital requirements. The “organic” niche can help them stand out from the competition.

LGUs can “subcontract” from the Department of Social Welfare and Development its disaster relief operations on a bill-me-later basis. Government personnel, except probably those who have military or police training, are hardly known for their skills in logistics management. But all other things being equal, LGUs are in a better position to respond more effectively to disaster relief needs due to their proximity to affected areas.