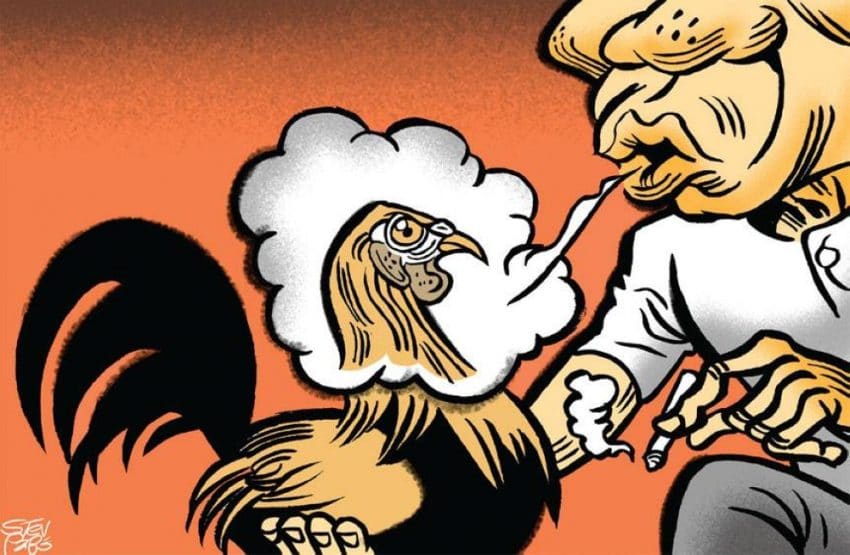 Who is Duterte’s candidate? was published by The Manila Times on 19 January 2022.

It is a question that, I suppose, watchers of Philippine politics often ask as the starting gate opens up for the derby runners to flex their hind legs.

In recent memory, incumbent presidents had taken it upon themselves to anoint somebody who they think were best qualified to succeed them. In the United States, this is mostly decided by the ruling party. This is not the case in the Philippines, where the incumbent has more say on selection rather than the party facilitating the process.

Thus Corazon Aquino, for example, endorsed the candidacy of Fidel Ramos, who was not even a party-mate. Ramos endorsed Jose de Venecia, although he lost to Joseph “Erap” Estrada. Benigno “Noynoy” Aquino 3 endorsed Mar Roxas, who however lost to Rodrigo Duterte, the sitting president.

Ferdinand Marcos, Estrada, and Gloria Macapagal Arroyo could not endorse their successors for various reasons, although the most common of them appeared to be that such an endorsement would have been more of a liability than anything of value to the candidate. Both Marcos and Estrada were deposed from their posts, while Arroyo, with a negative trust rating, was perceived to be making a candidate winnable by just opposing her.

Surveys show that Duterte still enjoys high trust ratings. He should be able to help convert drips of his popularity into actual votes for any candidate he will endorse. But so far, he has not offered this kind of help. And so there goes the nagging question, and we wait for answers with anticipation.

Duterte and the Partido Demokratiko Pilipino-Lakas ng Bayan (PDP Laban), the political party under which he ran for president during the last general elections, had earlier made a spectacle from shuffling of would-be presidential and vice-presidential candidates.

First, PDP Laban—which had been split into two factions, one lead by Duterte and Alfonso Cusi and the other by Senators Emmanuel Pacquiao and Aquilino “Koko” Pimentel III—endorsed Senator Christopher Lawrence “Bong” Go for president and Duterte for Vice President. Pacquiao and Pimentel rejected this. The latter suspected that the nominations were actually meant to be placeholders for somebody outside of the party. (It also appeared that Pacquiao could not be talked out of his plan to run for president himself.) This somebody, Pacquiao and Pimentel suspected, was presidential daughter and Davao City Mayor Sara Duterte. Up until the time she substituted to become a vice-presidential candidate, Sara led in pre-poll surveys among all presidential contenders.

It seemed Duterte and Cusi had assumed Sara would sign up as candidate for president on or before the deadline of filing certificates of candidacy. When she filed for re-election instead, Duterte and company panicked. Out of nowhere, they pulled in Senator Ronald “Bato” De La Rosa at the last minute, who looked like he did not know what he was doing when filed his certificate of candidacy for president. He was supposedly running under PDP Laban but sporting Sara’s Hugpong ng Pagbabago t-shirt. Go, who the PDP Laban earlier nominated to run for president, signed up for vice-president instead.

Quite unsure of where he stood under the scheme of things, Go changed his mind like Sara did and filed his certificate of candidacy for president as substitute. Bato came to and dropped his presidential bid as well. This left Cusi’s allies that constituted his branch of the wilting PDP Laban with no one but Go, who now must be groggy from constantly spinning his butt around, and Duterte, the master tactician among gamers of substitution, to carry on with the preservation of their political interests.

Eventually Go had to go, along with the master. Cusi and company now stared at the derby starting gate without a bet. A wager on Sara stepping up for president was a misdeal. Unless somebody cashes in on Duterte’s remaining popularity, they and their kind could come out empty handed.

It now looks abundantly clear that Duterte had all along been wrong about which way his own daughter was going. When Sara opted to file her certificate of candidacy for vice-president and made public her preference for Ferdinand “Bongbong” Marcos Jr as her candidate for president, Duterte wondered aloud about one candidate who does drugs.

Duterte’s flair for dramatics goes beyond the last bunot. He dished out a blind item only showbiz content creators can imagine. On 18 November 2021, or three days after the deadline for substitution of candidates, he said that “there’s a presidential candidate na nag-cocaine. ‘Yang mga anak ng mayaman.”

He added that this addict had done nothing for the Philippines. “Anong nagawa ng tao na ‘yan? What contribution has he made para sa Pilipinas? Bakit ang Pilipino parang lokong loko sa kanya… He is a very weak leader, ang character, except for the name… ang tatay… pero siya, anong ginawa niya?”

Duterte also warned that the subject of his blind item “may win if that is what the Filipino wants but” he just wanted “the people to know.”

Except for Marcos and his handlers, almost everyone else believed then that Duterte pointed a finger at the dictator’s son.

After two months, the broadside has been hushed. Unless Duterte knows something that the public does not know, his silence can now be interpreted as accepting what the Filipino wants. It is a grand letdown if it means allowing a cocaine user, who also happens to be a convicted tax evader, crush all horses at the finish line.