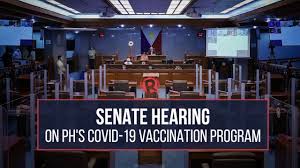 FROM laboratories to session halls, scrutiny of the Covid vaccines has now shifted from the rigor of chemistry to the gut of politics and administration.

On Jan. 11, 2021, the Senate convened itself into a brainstorming committee on the national Covid-19 vaccination program. Senators and resource persons discussed plans and ideas on procurement, finance and logistics as well as glimpses of how receptive people are to inoculation.

As of Jan. 7, 2021, at least nine Covid vaccines have been authorized as safe for use, according to a RAPS.org report. At least 53 more are either under preclinical studies or at more advanced stages of clinical trials.

Of the nine approved Covid vaccines, the one developed by Pfizer/BioNTech has secured emergency use authorization from the greatest number of countries (the UK, the US, Bahrain, Canada, Mexico, Singapore, Chile, Oman, Saudi Arabia, Kuwait) and multilateral organizations (the European Union and World Health Organization).

China’s Sinopharm and Sinovac have yet to get authorization outside of that country. A third vaccine, also developed by Sinopharm, has been approved by China, the United Arab Emirates, Bahrain and Egypt.

We note that, according to a ourworldindata.org report, of the 28 million people worldwide that have so far been vaccinated, 9 million, or 32 percent, are Chinese. Sixty-eight percent, or 19 million, are distributed among at least 16 countries. Unless done in secret, none of the 10-member Asean countries has been reported to have started vaccinating their citizens.

In the Senate, we heard a variety of procurement options the government has taken to ensure our shopping bags are filled with goods as soon as possible. With financing coming from many sources, people will need to understand that each financing source will require compliance with its own procurement guidelines. For example, the World Bank and the Asian Development Bank, two of the major financing sources for our country’s Covid-19 response program, imposes their procurement rules on grant or loan recipient countries.

Philippine laws apply to procurement of goods, works, or services using funds appropriated by Congress. Although multilateral and local procurement laws have been largely “harmonized”, project implementers recognize that most administrative bottlenecks, even under emergency situations, are encountered during implementation of procurement activities.

In 2015 when — as errand boy of the United Nations Resident Coordinator — I helped coordinate UN agencies, international nongovernment organizations (INGOs) and government agencies, among others, their early recovery activities for Super Typhoon “Yolanda” areas in Eastern Visayas, I saw the labyrinth of procedures that must be followed to get things done.

The National Housing Authority, for example, as implementer of permanent housing projects, could hardly start working on housing sites for a variety of reasons. One, there was a lack of bidders in remote areas where raw materials were costlier (programmed unit costs were uniform across all sites). Two, even in areas where projects had been bid out, awards could not be completed for insufficient documentation.

Local government units (LGUs) and regulatory government agencies like the Department of Environment and Natural Resources, the Department of Agrarian Reform, the Department of Agriculture, and even the Bureau of Internal Revenue, could not issue permits because many sites had yet to be converted from agricultural to residential/commercial/industrial land use zones. In many cases, zoning ordinances did not exist to support conversions. There was one site that later turned out to be dotted with quicksand.

There was even a presidential order, like what we have now in the Covid-19 response, that directed government agencies to cut to the barest minimum the number of days within which to act on applications for permits.

When construction did start in some areas, materials were either running out of supply or their costs had dramatically increased in a short span of time. Many INGOs and private individuals were also hunting for these same materials. Also, the National Housing Authority (NHA) was undermined by the transfer of its engineers to the INGOs. That many finished housing units turned out to be sub-standard could be partly attributed to this «unforeseen» circumstance.

Completion of projects was further hampered by slow payment of claims by contractors.

The NHA said delays in submission of lists of beneficiaries by LGUs prevented them from promptly processing payments. LGUs claimed, on the other hand, that they needed to revalidate the lists. Many beneficiaries had become mobile at that time, and the process of validation took so much time. And, as in the approval of the national budget where congressmen haggle for their share in fungible project funds, partisan politics makes it more contentious.

In the congressional budget hearing last year, the Department of Human Settlements and
Urban Development reported that of the 220,680 housing units that have been targeted to be built, only 130,317 (or 59 percent) have been completed. And it has been more than seven years since Yolanda hit the country on Nov. 3, 2013.

LGUs in Eastern Visayas, especially Tacloban City, have at least shown significant progress in terms of facilitating occupancy rate. Of 16,867 total target housing units (both NHA and INGOs), 10,023 (59 percent) of them have been occupied.

I brought up this story because it parallels many plots we see in Covid-19 response, apart from the fact that these are all happening under emergency situations. With Yolanda as backdrop, the Senate hearing resonates on the issues of control of the entire process by the national government and on how people are likely to respond to the vaccination program. The latest survey shows that up to 46 percent of the population are hesitant to get vaccinated at this time.

The incident command system — first introduced by the US Department of Agriculture as a method to respond to emergency situations — has been prescribed by the Office of National Defense in its menu of response blueprints and is being applied by the national task force on the procurement of the Covid-19 vaccine. It facilitates control by the national government. But it also dampens initiative from, and pro-action by, LGUs.

The Yolanda housing targeted thousands of beneficiaries. The Covid-19 vaccination plan is looking at millions of jabs. What if one of the vaccines encounters messaging or reputational issues and less than 60 percent of target beneficiaries do proceed to avail themselves of it? Given that LGUs are rushing to buy their own doses, are we risking overlaps? Can we ask for a refund for unused doses, or have we looked at our overall storage and handling capacity?

Alongside the plan for expediting procurement, there needs to be a comprehensive accounting for the two other “v’s”: vaccinators and vaccinees. How many nurses or medical practitioners do we need to administer the vaccine? Can we use Covid vaccines vouchers/coupons so that vaccination can be done not only in public or private hospitals or clinics, but even in drugstores?

As the government puts on the effort, may brainstorming such as what the Senate is doing continue to buttress it.