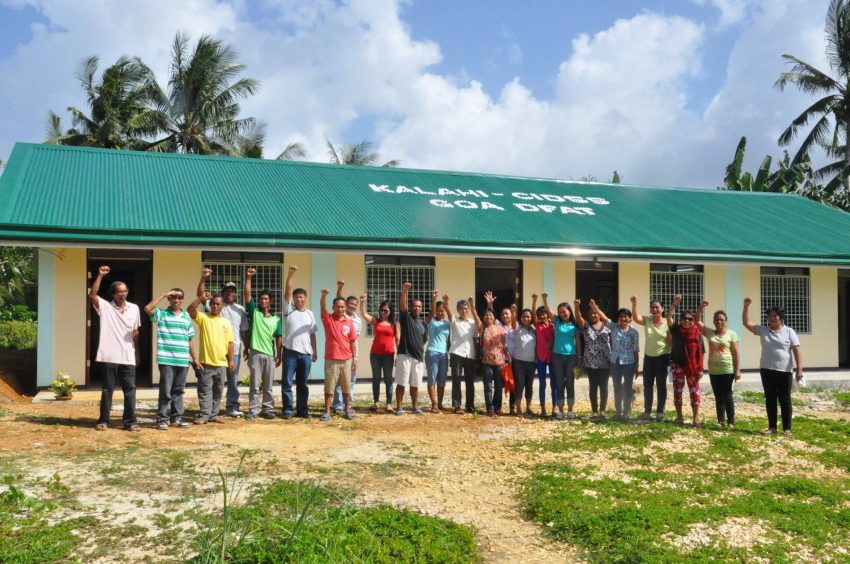 Community DIAL: A call to action was published in The Manila Times on 29 December 2021.

Any day now, President Rodrigo Duterte will sign the law that formalizes approval for next year’s government budget amounting to 5 trillion pesos (up from 4.5 trillion this year). Congressional leaders, as usual, will be expected to applaud the occasion, as if commending themselves for a great accomplishment. The display of excitement can be understood as partly in anticipation of government spending that may fuel economic growth from which everyone is expected to benefit. My own suspicion, however, is that people celebrate every budget approval in anticipation of government spending that is prone to leakages, generating spoils where downstream depositories consist mostly of private pockets.

The stench of Pharmally has yet to dissipate—if only to show us that we hardly get any break from endless assault to the law and shared social values by the corrupt in government. We are sick of corruption, probably long enough for us to develop immunity from the rotten smell it emits in public. In 2019, Deputy Ombudsman Cyril Ramos reported that an estimated 700 billion pesos was lost to corruption annually.

Corruption takes many forms. It is too simplistic to attribute the losses to kickbacks, bribery, overpricing and over-purchasing, procurement-rigging, etc. There are those who use their office to issue licenses, restraining orders, certifications; approve expenditures; or impose rules or policies that favor the interests of the corrupting party. Then there is red tape, giving rise to excessive delays in implementation of projects which similarly result in big losses for government. Oftentimes they require infusion of additional funds to the detriment of the taxpayer.

This bureaucratic and political malady is pervasive, like a social cancer that has metastasized. A 1996 Social Weather Stations (SWS) survey showed that 51 percent of respondents believed government funds were wasted due to corrupt practices. Further, 51 percent said that more than 50 percent of funding for infrastructures was wasted.

Corruption has infected most, if not all, government organizations, including the judiciary, and the private sector, including media. Another SWS survey (2000) showed that “62 percent of respondents believed there were significant levels of corruption within the judiciary, that 65 percent believed ‘many’ or ‘most’ lawyers could be bribed, while 57 percent thought the same about judges.”

Yet another SWS survey (1998) showed that 52 percent of respondents said that corruption also happened in the private sector, even without the involvement of government personnel. A Philippine Center for Investigative Journalism report in 1998 crooned that news for sale was a fact of life, exposing in no uncertain terms that Philippine media is not corruption-free.

But having said all that, let me assure the reader that I am not ready to add anything substantial to a topic that has been discussed in countless occasions before. Instead, something equally insidious—one that has bothered me since the inquisitorial days of my youth—needs to be asked every time Congress (or the Sanggunian in local governments) touches people’s money through the budget they pass.

Figure 1. Rising amounts of government spending, in US dollars 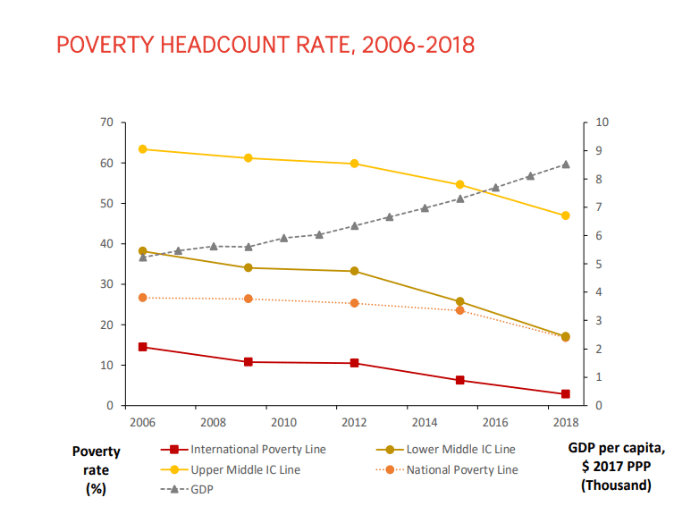 While these broad presentations are by no means representative of a complete story, the unpleasant reality it depicts leaves us with the need and call to action for re-inventing government. For ages what we have been doing is to rely on people’s representatives to decide on the what, where, why and how much funds to spend for public goods and services. This arrangement may have worked for those representatives, but not so much for those they are representing.

The gaps, we often hear, come from the persisting disconnect between what the poor need and what government delivers.

When I worked as community facilitator for the KALAHI CIDSS (now called National Community-driven Development Project, or NCDDP) of the Department of Social Welfare and Development in 2003, I found that the priority development issues expressed by community members were often different from those articulated in barangay or municipal development plans. Whenever points of convergence existed, how people on the ground described the urgency of a particularly issue often did not match the pressure generated by the lobby for an intervention proposed at higher levels of government.

Reports came out a week ago that the congressional bicameral committee added 87 billion pesos to the Department of Public Works and Highways budget. About half of that amount, in addition to a large chunk of the 686 billion initially proposed for the department, risks ending up in private bank accounts, if the 1996 SWS survey could be a hint.

Surely, there must be a better way to allocate government resources. As tool for a poverty-reduction strategy, the NCDDP gives to communities not only control over resources that are needed to address their issues but also control over the process that transforms them from being project beneficiaries to decision makers.

Channeling pork barrel funds to NCDDP will boost not only people empowerment. It will also facilitate the building of a knowledge library that, instead of conducting congressional hearings where resource persons churn out false information, should enable members of congress access to a continuing grounding process that should indispensably serve as their guiding light, in aid of legislation. This is the missing link that should connect the ends of government spending to what the poor needs.

The Community-driven Development in Aid of Legislation (or Community DIAL for short) is meant to be a legislator’s show. I propose it for 3 compelling reasons:

1) Government spending needs to have greater impact on poverty alleviation.

The Department of Public Works and Highways gets the second highest allocation in the 2022 budget of the national government at P686.1 billion, next to the Department of Education at P773.6 billion. One can see that there is bias for infrastructures, considering that other infra-heavy departments also get hefty allocations (eg, the Department of Transportation get P110.9 billion). Politicians favor infra projects for three major reasons: (1) up to 40 percent of the budget for infra projects can be diverted as commission or kickbacks for project proponents, according to Senator and presidential aspirant Panfilo Lacson in a recent interview; (2) completed infra projects are visible to voters who reciprocate the politician that claims credit for them by repeatedly voting for him or her or his/her relatives to office; and (3) succeeding generations of the same politician can claim credit for it as a brand or legacy of service and achievement.

The academic justification for the infra bias is that it promotes efficiency and stimulates economic activity, benefitting society as a whole.
However, capital spending on public infrastructures tends to benefit the rich more than the poor, resulting in increased social inequities and inequalities. Even farm-to-market roads benefit the local elite more than they uplift the lives of tenant farmers.

On the other hand, direct demand-driven interventions for the poor, especially in areas where outmigration and displacement are unmitigated by lack of livelihood opportunities, can be more effective in addressing widespread poverty. Farmers and fisherfolks continue to comprise that segment of the population with the highest incidence of poverty. Government programs that address the needs of these basic sectors will in the long term also address outmigration and displacement, ease urban congestion, and ultimately lead to questions of why infrastructures were needed in the first place.

2) Given that outlawing congressional pork barrel funds has not prevented politicians from masking them with new names or variants, the second-best option is to channel pork barrel spending to projects that offer optimal benefits for the poor.

A government program that has been proven to address sustainable development issues at the countryside is the Kapit-Bisig Laban sa Kahirapan-Comprehensive and Integrated Delivery of Social Services (KALAHI-CIDSS) project of the Department of Social Welfare and Development. The project has targeted 364 municipalities when it started in 2003; it scaled up to cover 536 more of the country’s poorest municipalities when it relaunched in 2013 as KC-National Community-Driven Development Project (NCDDP).

The KC-NCDDP applies CDD approaches to project management. It provides facilitation inputs that promotes community participation, inclusiveness, and skills development and knowledge sharing, among other capacity building activities. In short, the entire CDD process cooks a people empowerment recipe. It enables community members to make decisions by themselves on which of their issues need to be prioritized; or determine which of the proposed interventions offer the most responsive impact on resolving their priority issues. It builds capacities for community leaders to formulate and implement procurement plans, disbursement plans, monitoring plans, operation and maintenance plans, etc.

Because people take control over every step of the project management cycle—from planning, implementation, monitoring and evaluation, then to operation and maintenance—there is greater transparency and accountability in the use of project funds. Completed community projects that apply the CDD process yield higher cost-benefit ratios. When I was part of a facilitating team for the project in 2003-2007, we compared data and found that concrete pavement projects, for example, cost 30 percent less than those completed by other government agencies, meter for meter, grade for grade.

In addition, CDD processes create conditions for enhanced cohesion and trust among community members—key elements of what theorists call social capital—which are helpful during crises situations (something which they can invoke to strengthen networks or alliances), or in boosting their capacity for mutual help and credit finance.

From thousands of proposed projects that get identified and prioritized during workshops, only about 10 percent of them get funding and are able to proceed to implementation stages. This opens windows of opportunities for the use of congressional pork barrel funds to support the unfunded projects. A few of past members of Congress had in fact offered resources under their command to fill this funding vacuum. They saw through the CDD process the transformation of governance from one that monopolizes decision-making at the top to one that devolves authority at the bottom, one that equipped ordinary people with awareness and understanding to engage their elected leaders in consultation and dialogue. They found that good governance is good politics.

3) CDD projects are knowledge laboratories. They offer veritable process documentation libraries that are robust enough to provide Congress with information to facilitate its legislative work.

While conducting hearings, supposedly in aid of legislation, where resource persons can be untruthful, hence the laws that may result from those hearings are based on false information, Congress may do well to complement them with stories told by ordinary farmers and fisherfolks, among the poorest of the poor in society. These stories can be found in every CDD project.

In summary, Community DIAL works by supporting demand-driven (such as KC-NCDDP) poverty-reduction investments. Members of Congress who have power to identify projects under the General Appropriations Act may choose to support unfunded projects under the KC-NCDDP, or under any program that uses CDD processes, such Bottom-up Budgeting and the development planning process under the Local Government Code. They can customize those projects to answer for individual advocacies, such disaster risk reduction and climate change, inclusive credit and finance, bonds and guarantees for local governments, public procurement, community contracting, community insurance, peace and order, etc. They may also partner with research or academic institutions to help them produce monitoring or process documentation reports that they can use to formulate laws.

As varied as the kind of projects that can be supported by Community DIAL, the singular focus is to address widespread poverty, and to pass laws to ensure that poverty-reduction goals are achieved in the most economical, efficient, effective, and sustainable manner possible.