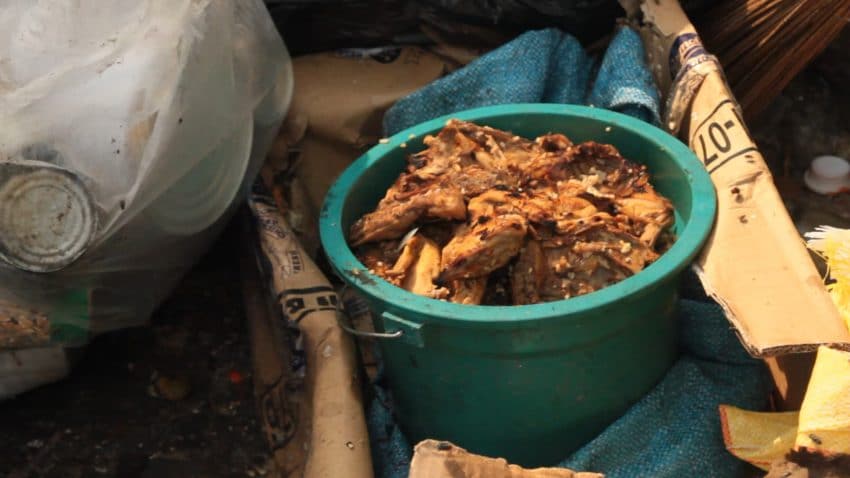 Pagpag circular economy was also published by The Manila Times on 18 May 2022.

Left alone, nature cleanses itself. But when humans come in, supposedly the most intelligent among the living species, nature deteriorates. It becomes a wasteland. It rots.

And yet we humans are not only part of nature. We ought to be masters of it. We have brain power and muscle to create and provide the means by which nature can be protected and developed not only for our own welfare but also for that of our fellow creatures.

Even those of us who have yet to venture away from the confines of urban living can appreciate nature’s amazing sights, thanks to our easy access to media, especially visual media. Scavengers and lowly creatures that we either abhor or take for granted play key roles in the ecosystem. They keep our world clean.

Ants, rodents, and cockroaches, for example, collect food crumbs that we drop on the floor. They are condemned as pests in our homes. But in the wild, they keep the earth’s floor free from decaying morsels which, when left to pile up, can be birthing places for viruses and diseases. Vultures and parasites clean up all waste left by predators. Creepy insects and termites devour dead trees and leaves that fall off the branches of living trees; earth worms feast on dung. They hasten the process of recycling organic matter into a valuable fertilizer that further enriches the soil.

On river beds and the ocean floor, we see crabs, shrimps and their kind, scavenging on human and industrial wastes dumped from as far as the most remote upland settlements. Unfortunately, the world’s biggest dump—the oceans—has increasingly been accommodating too much of human trash that nature’s scavengers may now find it too heavy handle.

I recently saw a meme in social media that shows a plastic bottle of a popular drink floating on the surface of the sea. Its caption reads: “Five minutes in your hand, 1000 years in the ocean.”

Data presented by the International Union for Conservation of Nature (IUCN) show that “over 300 million tons of plastic are produced every year for use in a wide variety of applications… At least 14 million tons of plastic end up in the ocean every year, and plastic makes up 80% of all marine debris found from surface waters to deep-sea sediments.” The study adds that “plastic pollution threatens food safety and quality, human health, coastal tourism, and contributes to climate change.”

More than two years of COVID 19 has worsened the conditions that gave rise to the pandemic of waste. Another study published in the Proceedings of the National Academy of Sciences says that “More than 57 million pounds of Personal Protective Equipment and other COVID-related plastic waste have polluted the oceans since pandemic began.” Researchers from Visual Capitalist estimate that “1.6 billion disposable masks entered the ocean in 2020,” adding that it “will take 450 years to biodegrade.”

The scavengers among us humans also help in maintaining ecological balance. They make a living from scraps. They scour the dump and the abandoned alleys and neighborhoods, then sell their treasures at junk shops. They play key roles in industrial recycling and re-using.
In urban centers, we know the wretched can be more destitute than others. For meals, they collect leftovers from restaurants, hotels, fast food and institutional food outlets. Some repackage the recycled food and sell them as “pagpag.” The poor among us try to survive by collecting things left as waste by better off members of society.

Figures cited by the Food and Agriculture Organization show that “in Asia, up to 11 kilograms of food per capita in the region’s developing countries and 80 kilograms of food per capita in developed countries is wasted.” An Asia Development Bank (ADB) blog adds that “as the region continues to develop and income levels rise, so too will consumption habits and wastage, especially in rapidly expanding urban centers.”

Pagpag as coping syndrome can be viewed as an extreme model in the hierarchy of conservation strategies. But it shows one persuasive element of the so-called circular economy.

The same ADB blog contends that “our food system remains one of the biggest contributors to climate change, generating significant amounts of solid waste and emitting greenhouse gases in the process. Both food loss (discarded by food suppliers in the value chain, excluding retailers and consumers) and food waste (discarded by retailers or consumers), though occurring at different parts of the food system, are difficult to monitor due to lack of data from many countries, but it is estimated that about 1.3 billion tons of food is lost annually around the world.

“Governments must recognize that achieving a sustainable economy will require innovation to transition to a circular economy, which, in the context of food usage, seeks to reduce the amount of wastage.”

A circular economy can mitigate high levels of greenhouse gas emissions attributed to consumption patterns and urbanization, especially by reducing the amount of food that goes to waste. It will require at least two approaches. One, for government to prioritize the financing and policy support for promoting effective solid waste management policies. And, two, for private firms and individuals to shun unsustainable linear supply and consumption patterns, such as in devaluing single-use plastic.