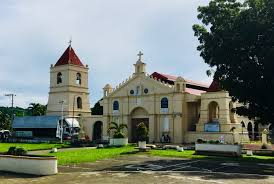 From mid-2003 to sometime in 2006, I was part of a team that facilitated community meetings in Balangiga, Eastern Samar. Ours was one of several teams working in poor municipalities selected by the Department of Social Welfare and Development (DSWD) for its KALAHI CIDSS Project. The project applies community participation processes to the planning, implementation, monitoring and operation and maintenance activities of development projects. (Today, the project is implemented in thousands of municipalities nationwide. A bill is also pending in Congress that aims to institutionalize KALAHI.)

As a poverty reduction, community empowerment and good governance program, KALAHI CIDSS has become strategic due to its ability to reach the so-called underserved and hard-to-reach barangays. In Balangiga, we visited Maybunga, the farthest barangay from the Poblacion, as often as twice a month.

For those who took part in the community meetings, the process of knowing what communities could do to improve people’s lives evoked a sense of victory, pride and accomplishment. When they saw that something more was coming out of the process—for example, a public good such as a functioning water system—their new-found self-confidence gave them occasion to further engage the government. For a community that had been used to being on its own, that transformation seemed radical.

Before meeting KALAHI, they barely knew what government was all about. Except for a public elementary school teacher (who combined Grades 1 to 3 pupils into a single class), nobody else from government interacted with them. It had been seven years since the last time somebody from the municipal agriculture office visited them, they said. (The municipal government had no budget for its staff to do field work of that kind.) The school teacher would normally be around 3 days in a week, and for such a heroic effort she should have merited a Ramon Magsaysay award.

Hiking and a motorcycle ride brought one from Maybunga to Poblacion, and back. While families were relatively self-sufficient in food, they needed salt, kerosene, soap and other “luxuries” in life. To earn cash and meet those needs, they sold the usual farm crops (banana, cassava, camote, etc.) at the Poblacion. For every 150 pesos worth of deliveries, they spent 100 pesos on the motorcycle ride. For the uninitiated, the more taxing part was actually the hike on a mountainous terrain from Maybunga to Guinmaayohan, the next downstream barangay, and from where they took the motorcycle ride to the Poblacion.  They could offer me 5,000 pesos to take the trek with a sack of gabi on my back, and I would refuse it on the spot.

Maybunga used to be a thriving community. Before being down to 35 in 2003, the barangay consisted of at least 250 families in the early 1980s. Military abuses during martial law, and the conditions they created that further fanned the flames of insurgency, led to deadly clashes that prompted massive displacement in the countryside. At one time the population of interior municipalities in Samar decreased by some 90 percent.

In 1984, military and rebel forces clashed in Maybunga, forcing its residents to flee for safety. Many of them found refuge as internally displaced persons (IDPs) at the municipal building. For years Maybunga had zero population. A decade later, some of its barangay officials still had their official residences in Guinmaayohan.

Having lived in Balangiga for a few years, I learned that some of its IDPs during the Martial Law years eventually resettled in Tacloban City. Others went to Cebu and Manila. Today, I find it hard not to think of the IDPs when I see slum areas—and of people living under bridges and in the streets—in the big cities.

Most of the Yolanda casualties 2013 in Tacloban lived close to the sea. These locations are often described as high risk areas, but for the IDPs and their kind there are hardly any other place where they can afford to improvise and settle in. A recent United Nations study says that violence, conflict, natural hazards and poverty are the key drivers of displacement to and within urban areas.

Many of those who survived Yolanda have actually been IDPs for the second time. First as victims of armed conflict and poverty, as migrants from Maybunga would show. Second as victim of a climatic disaster that was as thorough in its devastation as Yolanda.

The pattern of displacement due to poverty can be seen across generations. The early settlers of Maybunga comprised of landless farmers who migrated from the Poblacion and nearby urban centers. They used to own small parcels of land, like many in the countryside, that they inherited from ancestors. But when emergencies hit them, such as serious sickness in the family, dear possessions like that become the easiest to part with. Landlessness, displacement, poverty—that’s how vicious the cycle had been.

More than a century ago, the people of Balangiga dared to resist American colonizers that led to an uprising where hundreds—including at least 68 American troopers—perished. This historical footnote has earned for them government recognition and support; recent reports show that the road linking those upland barangays to the Poblacion has now been paved.

One of the lessons of Yolanda and other disasters is that disaster risk reduction needed to be taken as both a humanitarian and development challenge. One should be part of the other. Aside from looking at the concentration of economic activities and how it frames urbanization trends, governments that seek to address urban congestion, traffic, crime, and urban poverty issues, might do well to take the case of Balangiga in mind.