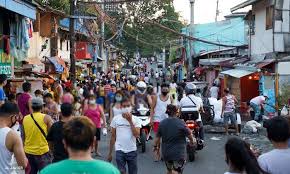 PEOPLE in many countries, especially in Europe, are sick of and dying from the coronavirus disease 2019 (Covid-19). Declared by the World Health Organization (WHO) as a global pandemic, the virus has infected at least one individual in 188 countries and territories. A cruise ship (MV Diamond Princess) docked in Japan since Jan. 20, 2020 has reported 712 infections and eight deaths from a total of 3,711 passengers and crew.

Table 1, shows that 9 of 10 countries with the highest one-week (March 15 to 22) jump in the number of fatalities from Covid-19 are in Europe. Italy and Spain had a combined tally of 4,103 fatalities within the seven-day period. Table 2, on the other hand, shows the top 20 countries with the highest death rates as of March 22, 2020. The Philippines topped this category a week earlier at 8.11 percent (13 deaths out of 148 cases).

Table 1. Top 20 countries with highest spike in the number of COVID 19 deaths relative to confirmed number of cases from March 15-22, 2020:

But other countries, regardless of geographical location, are similarly in dire straits. The average morbidity rate (number of infections in relation to population) of Asian countries with at least 25 confirmed cases is just as worse at .008 percent compared to the fast rate of .033 percent for European countries and a relatively slower .004 percent from the Americas (United States, Canada and Brazil).

As the world bleeds and the number of local infections and deaths continues to rise, local authorities struggle to gain full control of the situation. The government has responded to the crisis decisively, although Health Secretary Francisco Duque 3rd has been quoted somewhere that he wished incoming flights had been banned earlier. Stringent measures against public mobility and mass gatherings to arrest further spread of the disease are in place.

But further attempts to wade into unchartered courses, like granting President Rodrigo Duterte extra hands to grapple with this public health emergency, including recourse to taking over of private companies when authorities deem it necessary, is flirting with heavy economic and public order risks. This recourse to a communist model of political order is ideal for, well, idealists; but it is placebo to flu as monarchy is to democracy.

Putting up a solid Philippine team, like what President Fidel Ramos did to confront the energy and financial crises in the 1990s, is a pre-condition before any radical shift in the method of wielding power can be expected to work. But Duterte, whose pique-driven diatribes against his critics are unheard of in a civilized world (like insulting the Catholic hierarchy, calling names those who are unimpressed with his drug war and selectively trash-talking the oligarchs, including a media company against whom he has personal gripes, etc.) may find it hard to do a Ramos even if he realizes late in the day that it would be wise to do so.

The government clearly needs the help of every citizen to fight Covid-19. But it needs to unify the people first before it can be expected to be successful in holding down a crisis of this magnitude. The troubling part of this whole saga is that government does not seem to have in its agenda a process that would unify the constituents, especially the major stakeholders. Private hospitals, for example, appear left out in public policy discussions. What government does — like issuing packets of one-size-fits-all sets of instructions — exposes the lingering symptom of a king that rules from an ivory tower, as it were.

If there is truth to the saying that the enemy of your enemy is your friend, then there is no reason why government cannot rally everyone to its side. There is a common enemy — a virus — and everyone else should be a friend. But instead of building consensus, national leaders threaten with arrests those who think and act outside of the boxes they improvised, including local government officials who are also trying to defeat the same enemy.

There is a cutting quote from the WHO: “We cannot fight a fire blindfolded… [We must] test, test, test.”

The government’s ability to steady our ship in these turbulent times is also being tested every day. When people see that government is up to the task, that government will get the respect it deserves. At that point, people will accept government’s words as their own. No questions asked. However, we, as one Filipino nation, have yet to reach that point.