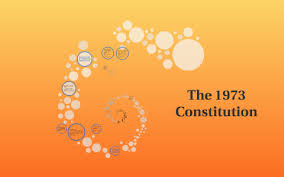 “WE want [the] President to continue with martial law. We want him to exercise his powers with more authority. We want him to be strong and firm so that he can accomplish all his reform programs and establish normalcy in the country. If all other measures fail, we want [him] to declare a revolutionary government along the lines of the new Constitution….”

We may have read comments like that today, especially in social media, but those words, in exactly the way they are phrased, can be found in the archives of the Supreme Court, which decided a case (many cases, actually) brought before it in January of 1973. The case has since then been more popularly cited, especially by lawyers and law students, as Javellana v[s] the Executive Secretary (aka ratification cases).

The burst of energy with which Malacañang issued directives during that frenzied January, and the equally agitated response in which nonbelievers stormed the Supreme Court with their petitions, had sort of climaxed the execution of an elaborate design to change the course of Philippine history.

The drama actually started on November 29 of that year when the Constitutional Convention (whose work started on June 1, 1971) submitted to then President Ferdinand Marcos its draft of the document that would amend/replace the 1935 Constitution. Less than 24 hours later, on Nov. 30, 1972, Marcos issued Presidential Decree 73 “submitting to the Filipino people for ratification or rejection the Constitution of the Republic of the Philippines proposed by the 1971 Constitutional Convention, and appropriating funds therefor,” as well as setting the plebiscite for the ratification or rejection of the proposed Constitution for Jan. 15, 1973. Add to the backdrop Proclamation 1081, dated Sept. 21, 1972, placing the entire Philippines under martial law (which means freedom of assembly and of expression, among other basic rights, were suspended).

On Dec. 31, 1982, Marcos issued Presidential Decree 86 “creating citizens’ assemblies in barrios, in municipalities and in districts/wards in chartered cities, composed of all persons who are residents of the barrio, district or ward for at least six months, fifteen years of age or over, citizens of the Philippines and who are registered in the list of citizen assembly members kept by the barrio, district or ward secretary…”

In the days between Jan. 10 and 15, 1973, members of these heretofore non-existent citizens’ assemblies were reported to have voted for the ratification of the new Constitution. On Jan. 17, 1973, Marcos issued Proclamation 1102 “announcing the ratification by the Filipino people of the constitution proposed by the 1971 Constitutional Convention.” Except for the total of number of votes (14 million voted for adoption, 700,000 for rejection), the proclamation said nothing about the exact dates when the actual voting was conducted, as well as about how the votes were counted and by whom.

A flurry of cases was filed before the Supreme Court to question the legality of Proclamation 1102. The likes of Lorenzo Tañada, Gerardo Roxas, Jovito Salonga and one Josue Avellana, among many others, trooped to the Supreme Court, one after the other, to submit their individual petitions.

The court heard the ratification cases with relative dispatch. The hearings were completed in February, and the decision — 6 to 4 in favor of the government — was out by March, all in 1973.

In the opinion he wrote, then-Chief Justice Roberto Concepcion (one of the four who sided with the petitioners) recalled how the counting of votes was done:

“Secondly, at the conclusion of the hearing of these cases on Feb. 16, 1973, and in the resolution of this Court of the same date, the Solicitor General was asked to submit, together with his notes on his oral argument, a true copy of the aforementioned report of Mr. Cruz to the President and of the ‘[p]roclamation, decree, instruction, order, regulation or circular, if any, creating or directing or authorizing the creation, establishment or organization’ of said municipal, provincial and national associations, but neither a copy of said alleged report to the President, nor a copy of any said ‘[p]roclamation, decree, instruction, order, regulation or circular,’ has been submitted to this Court. In the absence of said report, ‘[p]roclamation, decree, instruction,’ etc., Proclamation 1102 is devoid of any factual and legal foundation. Hence, the conclusion set forth in the dispositive portion of said Proclamation 1102, to the effect that the proposed new or revised Constitution had been ratified by the majority of the votes cast by the people, cannot possibly have any legal effect or value.”

The government’s legal victory meant that Marcos could — if he so wished — stay on as president/prime minister for life. Quite a feat for one who was unqualified to run for another term in the general elections, which was set, following the 1935 Constitution, for November of that same year. Proclamation 1102 capped a series of master strokes by a master planner, one that my political science professor would refer to as “na onse na, na uto pa.”