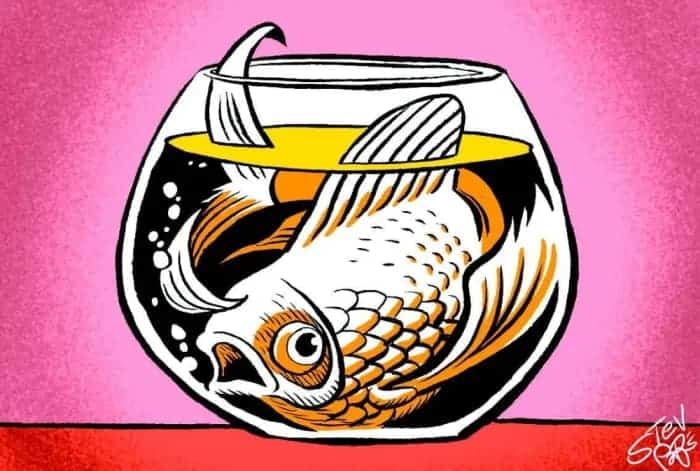 A governance approach to rightsizing was also published in The Manila Times on 20 July 2022.

I WAS a personnel specialist at the Civil Service Commission when the Marcos dictatorship ended in 1986. Several months after the Cory Aquino-led opposition wrested political power, I resigned.

The Cory government took bold steps to govern. It abolished bunches of government corporations — most of which were deemed serving more for patronage rather than the public welfare. It replaced elected local government officials — deemed as freeloaders on account of their extended term limits — with appointed interim officials. It offered early retirement incentives to downsize a bloated bureaucracy.

As it has become fashionable since then, every incoming administration talks about “rightsizing” the bureaucracy. In the 17th Congress, then Rep. Karlo Nograles — now chairman of the Civil Service Commission — filed House Bill 5707, titled “Rightsizing the National Government Act.” It passed through the House of Representatives but did not go beyond the second reading in the Senate. Fresh on the saddle, the Marcos Jr. administration has likewise made known some plans to “rightsize” the bureaucracy (at least the executive branch of government).

In the context of Philippine public sector administration where political culture is a dominant influencer of policy, rightsizing is almost always synonymous with downsizing. The aftermath of each election season has been known to fatten the bureaucracy: every winner in an electoral contest is at varying degrees indebted to his or her supporters, who in turn expect to be rewarded one way or another.

The politics-by-addition phenomenon can be understood more easily by zeroing in on the smallest political unit, such as the lowest income-class municipality. Despite fiscal constraints, these government units (LGUs) teem with salaried workers, numbering up to more than a hundred. This is on top of a hundred more or two “ghost” (casual and job order) employees. One may argue that cutting the workforce in these LGUs by half will not in any way adversely impact their ability to provide services for their constituents.

Typically, as much as 90 percent of revenues of low-income LGUs come from external sources, such as the so-called Internal Revenue Allotment (IRA). LGUs that belong to this category can theoretically function with at most five personnel, namely: 1) the mayor, to approve disbursements; 2) the treasurer, to receive the IRA; 3) the procurement officer, who will bid out and award the procurement of goods and services (comprising all expense items that fall under the mandated 20 percent of LGU budgets — also called the economic development fund — including services for disaster response and relief operations); 4) internal auditor, to check the procurement officer; and 5) an all-around office assistant, to help the other four. I assume that all five are also able to perform janitorial chores and thus would be responsible for the upkeep and maintenance of their respective offices.

There is, of course, an argument for a fat bureaucracy, that is, if one thinks of the country’s relatively high unemployment rates. In this way, the government stimulates economic activity by providing jobs. The cost-benefit ratio of such an intervention is suspected from the larger view of sustainable development, but they can serve a purpose, especially under emergency situations.

Amidst a dire economic outlook (Marcos Sr. declared a moratorium on debt servicing in 1984), the Cory government grappled with issues on many fronts under practically emergency situations. Aside from the difficulties associated with trying to revive a prostrate economy, the government took self-inflicted blows. At least nine bloody coup attempts were mounted against the Cory government. A government trying to survive took its toll on the capacity of ordinary citizens to make both ends meet, as it were; a majority of them who held high hopes with the change of government eventually had to feel betrayed by it, and by Cory, in particular.

Trimming the bureaucracy under such conditions was double-edged. The drive for efficiency satisfied a basic element of good governance standards. But it was politically risky, serving to embolden those who wished it toppled. Also, the early retirement package it offered (tempting enough for me to resign), was probably counterproductive. Instead of weeding out the deadwood from the bureaucracy, it may have encouraged performers to walk away from a dedicated career in public service. Over the years, attracting and retaining the best among our workers in various fields have been a challenge for the government.

So far, no particular administration has been known to brag about its success in a weight loss campaign. There may have been bursts of job shedding, such as when an office gets abolished (deemed redundant or hostile to a partisan agenda, depending on who pushes the button), but rightsizing done the right way often sounds like an esoteric concept. More often, what comes to public awareness are heads of offices being threatened with a one-peso budget for a variety of reasons. On the other hand, there is this almost mechanical reaction from among lawmakers to propose the creation of a government office for almost every perceived problem.

Institutional memory is rich when it comes to the why and the how of trimming excess fat in government. HB 5707 was not the first of its kind that hardly prospered through a legislative process. One can expect similar proposals to be filed with the incoming Congress.

Policymakers can easily access the knowledge base and the collection of studies on the subject, as well as the related topics on change management and organizational development. There can be many ways to address inefficiencies brought about by a bloated bureaucracy. One of them — a governance approach to rightsizing — is deemed by experts as difficult to achieve, but should remain the ideal process.

The United Nations Economic and Social Commission for Asia and the Pacific (Escap) proposes that a governance-driven process needs to be characterized by the following: participatory (here, employee unions must be accorded space and initiative rather than red-tagged), consensus oriented, accountable, transparent, responsive, effective and efficient, equitable and inclusive, and follows the rule of law.

I shall try to break them down next week.

A governance approach to rightsizing (2)

HOUSE Bill 5707, also known as the “Rightsizing the National Government Act,” was the last legislative proposal that aimed to reorganize government since Congress was revived a year after the exit of the Marcos dictatorship. (At that time, Ferdinand Marcos Sr. assumed the powers of Congress to legislate.) HB 5707, however, did not go through the Senate although it passed the House of Representatives.

The bill proposed the creation of a Committee on Rightsizing the Executive Branch to develop the overall rightsizing program and to oversee the implementation of the Act. The committee was supposed to be composed of the executive secretary as the chairman, the head of the Department of Budget and Management (DBM) as co-chairman, and the socioeconomic planning secretary, the Civil Service Commission (CSC) chairman and the head of the Presidential Management Staff as members. Specific tasks included formulating the policies, framework, mechanisms to be adopted in the implementation of the Act. The committee would have authority “to conduct studies on the functions, programs, projects, operations, structure, and manpower complement of the different departments/agencies and to develop and prepare the rightsized organizational structure of departments/agencies concerned and the corresponding executive issuances for approval by the president.”

The committee had to submit to the president the rightsized organizational structure of the agencies concerned and the corresponding executive issuances within 250 days from the effectivity of the IRR of the Act.

Down the line, heads of agencies needed to prepare and submit to the DBM the detailed organizational structure and staffing of their respective agencies within 90 days after the approval of the proposed executive issuances by the president.

As in previous rightsizing programs, HB 5707 proposed several packages of early retirement benefits for those who would opt to leave government on account of the rightsizing law.

The standards proposed by UN Escap for an ideal governance-driven process by which organizational restructuring can be achieved (participatory, consensus- oriented, accountable, transparent, responsive, effective and efficient, equitable and inclusive, and follows the rule of law) might be easy to understand. But they are hard to carry out.

On paper, the committee proposed by HB 5707 appears deficient where the goal of a participatory, consensus-oriented and inclusive process is raised. One would argue that an effective way of promoting participation and inclusiveness throughout the change management process would be to get the employee unions or associations representing the rank-and-file involved. But in a context where unions and/or associations have largely been red-tagged, far removed from the early post-Marcos dictatorship era when there was a relative expansion of democratic space, this mode of participation is hardly expected to work. (When I joined the CSC in 1982, unionism in the public sector was banned. When the Cory Aquino government rose to power in 1986, one of my tasks was drafting new sets of rules on employee relations.)

It is thus important that alternative ways of promoting participation, consensus-building and inclusivity are adopted throughout the restructuring process. Each agency may have its own way of doing it. What is important is that there exists a universally understood and accepted strategy for moving forward. Everything else (organizational structure, staffing, etc.) should follow from that strategy.

As an example, the government of Fidel Ramos (1992-1998) adopted “Philippines 2000” which envisioned the Philippines being able to achieve newly industrialized country status by the year 2000 and beyond. He retooled government agencies to make them more responsive to challenges posed by a highly competitive global export market. He appointed cabinet secretaries who were experts in the field of science and research and development. He also provided economic stimulus packages to the poorest provinces in an effort to get everyone involved in the development process.

Another example would be President Rodrigo Duterte’s “war on drugs.” To win the war, he needed to scare the drug users away from their addiction. He applied at the national level what seemed to work locally when he was mayor of Davao City: by getting through media lifeless images of suspected drug users, bathed in their own spilled blood. There was a need to pound on the message by highlighting the kills on a daily basis. He stuffed his intelligence funds with unheard of amounts with which the witch hunt and murder of drug suspects could be done at scale, and later on rewarded.

At varying degrees both Ramos and Duterte failed in their respective strategies on account of organizational deficiencies that hampered the implementation of those strategies. For Ramos, he was unable to establish a comprehensive organizational reprogramming to be able to cope with the energy crisis that hounded his administration at the outset. There was also the 1997 financial crisis, although he had little or no control over it.

In the case of Duterte, he appeared to have all the bases covered. Like Ramos, he appointed cabinet secretaries who fitted perfectly with his vision. He picked generals even for positions that did not require experience in mounting shooting wars. But his organizational nets had holes. His government may have foiled attempts at smuggling illegal drugs worth billions upon billions of pesos, but given that the drug problem continues to persist until today, one can only surmise that some smuggling of drugs have been done successfully, untracked by state dogs, perhaps at a larger scale than those that got sniffed and flagged.

From a governance standpoint, the war on drugs also suffered from a lack of transparency, accountability and, in many documented cases, for bucking the rule of law.

Realistically, any rightsizing effort may not need to follow the ideal process. Anything that can add value to organizational accountability, transparency, responsiveness, efficiency and effectiveness, should always be a welcome change. The Asian Development Bank, in the context of a government being able to access the bank’s development financing and technical support, identifies four basic elements of good governance, namely accountability, participation, predictability and transparency.