In Jose Rizal’s Noli Me Tangere, Sisa (some historians say the name was taken from his older sister Narcisa) is the mother of two teenaged boys—Crispin and Basilio. The boys worked as Sacristan apprentice in a parish where the priest—Father Salvi, among others, accused them of stealing church collections. Sisa’s husband was a pest, drunkard and gambler. He would beat his wife for a variety of reasons, one of them being her hesitation to part with him whatever wages his sons earned.

One night Crispin disappeared, suspected as a nanlaban victim in the hands of the chief sacristan and parish priest, and never resurfaced, dead or alive. Brother Basilio barely survived from another EJK attempt, this time in hands of the police; however, he sustained bullet wounds in the forehead. Basilio was able to limp his way back to their home where his mother waited anxiously for him and his brother. The next day Sisa looked for Crispin in the parish but did not find him. Back in her home, her worries turned to shock when she found soldiers, not her sons, waiting for her.

They demanded that she produce the body of Crispin (Basilio slipped away from their grip yet again). When she could not, she was told to pay them the amount Crispin stole from the church. She could not comply with this either, so they took her as prisoner.

They paraded her along the streets of the poblacion for everybody to see, reminding one of the main character in Nathaniel Hawthorne’s “The Scarlet Letter.” The shame she felt was thorough; she became too weak to go through the ordeal of a detainee. She passed out. When she came to the next day, Sisa wandered from place to place, helplessly looking for her children. She shouted their names over and over again. She eventually lost her mind. In the days that followed she could be seen roaming about town, sometimes singing and dancing. Nature’s masterstroke turned her pain and suffering into bliss.

The other day as I entered a convenience store in Mandaluyong City, I noticed someone—a middle-aged woman—talking loudly. At first I thought she was talking to her phone, berating someone who, from what I could pick up from her words, sounded like a law enforcer. She was not; she was talking to herself.

I looked around and at once my suspicion was confirmed by how other people were reacting to what she was saying. She was talking about vast properties her family owned and the lofty positions she once held. Although her overall appearance could not be likened to the wretched ones we normally see among the homeless—she was dressed modestly; on the chair to which she stood closely were three shoulder bags packed with an assortment of documents and clothing—it looked like she was moving from place, like Sisa, searching for her lost two sons. In about the twenty minutes that I was in that store, I did not notice she ever sat down.

She paced around, sometimes going out of the store, seemingly unmindful of her belongings. She was talking all the time. She ranted about how office politics yanked her out of her executive position in a Forbes-ranked company and how authorities are giving her the runaround while following up a court case. Some of our fellow store customers made fun of her condition, sarcastically flattering her in whispers and throwing knowing glances in her direction.

The madwoman noticed none of them. I noticed though that she was not fixing her sight on anything. She might have stared at the wall, but I don’t think she saw the paintings that hung there. As she continued to talk, I wondered if her vocal chords might have been spoiled by wear and tear, but I could tell there was no sign of it. She spoke in impeccable English with an equally flawless diction. She exuded authority and, if it were not for the tall tales she erected which my fellow store customers found lunatic, I mused that she would look good in the position now occupied by the Foreign Affairs Secretary.

I tried to engage her in a conversation and asked: “Ano po ang nangyari?” (What happened?)

Her first words stunned me: “My two sons were kidnapped in 2016.”

I did not have to ask another question. She told me—and everyone around us at the time who may have cared to listen—more about her story without any prompting. Like Sisa, she kept repeating the names of her sons: Dannele Picasio Medina Perez Lozano, or Pica, and Juan Miguel Medina Perez Lozano, or Jules. She also identified herself: Carolina Medina Perez Lozano. Pride of the mother was evident when she mentioned that Pica was once a Star Magic talent.

At some point I showed her my phone and asked if I can take a picture. “No,” she curtly replied, “the last time somebody took my picture, I later saw myself on facebook with a cropped photo and the caption saying I was a drug lord.” While she continued to talk, I tapped my phone and googled Carolina Medina Perez Lozano. Her Linkedin profile says she is COO of SM Group of Companies. Her facebook posts started and ended in July 2016. One or two of them had photos of her two sons.

She untangled a folder from one of her bags and plucked out a duplicate copy of her marriage contract. She showed me the wedding sponsors, one of whom was Dr. Elenita Binay. She said she was a lawyer and once worked as Legal Officer of Makati.

If it can be established that her sons were implicated in a drug-related issue, as her story suggests, one wonders how many Carolinas have lost their sons to the ongoing, ninja cop-compromised drug war. 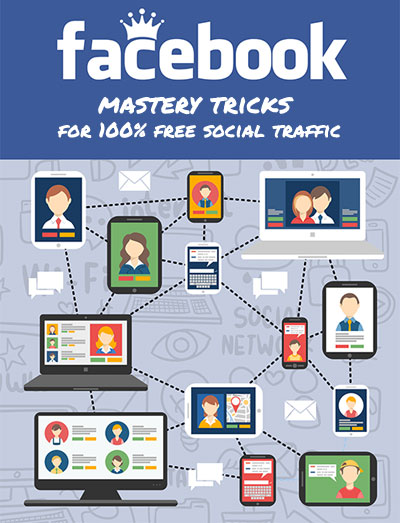